It was the toughest game they played all season, but Montpellier came from behind to win the French Elite title, their sixth championship win in seven years. 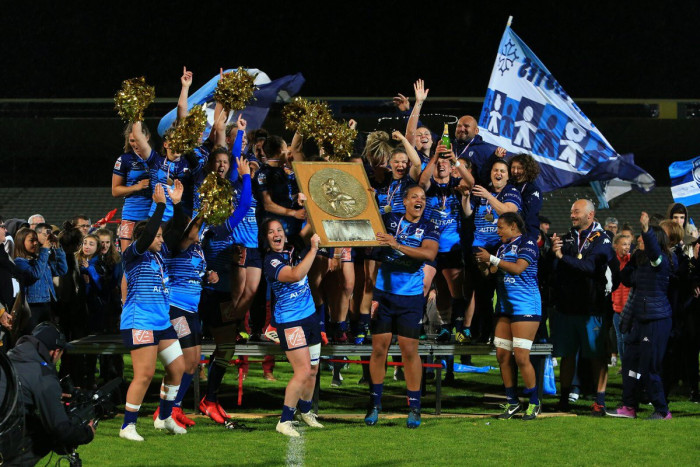 The first final of the new 16-team Elite Championship was repeat of last season’s Top 8 final, and for much of the game was just as close. Played at great pace, Toulouse lead until well into the second half. 13-10 ahead at halftime they had chances to go further ahead in the second half, but Montpellier’s defence held firm.

The decisive moment came midway through the second half – the result of quick thinking by one of Montpellier big names, or a momentary loss of concentration by Toulouse. Either way, Safi N’Diaye picked up from a ruck and, finding nothing in front of her, sprinted through to put Montpellier ahead for the first time.

Shortly afterwards Caroline Boujard ended a great move to put Montpellier 22-13 ahead. Toulouse needed to score twice, but despite constant pressure could find no way through, and Montpellier were champions again.