We preview round two of the IRB Women's Sevens World Series and look at USA, Canada, Argentina and South Africa. 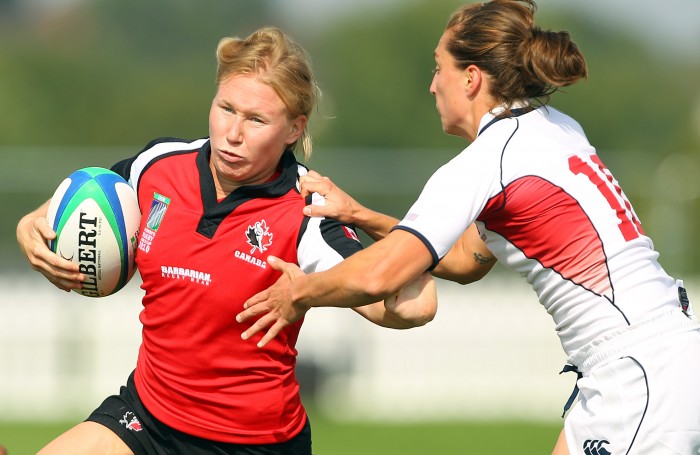 Hugely disappointed with their display in Dubai where they finished sixth and ended up battling with Russia for the Plate title – Canada are aiming for a much higher finish this time around.

Having completely dominated the international Sevens scene for 12 months, Canada have found the going tougher in recent tournaments as sides such as Russia and South Africa continue to rapidly improve and others like England and New Zealand also get stronger. After the pool loss to Russia in Dubai, inspirational captain Jen Kish called the game “a mess”, adding that her side were out-skilled and lacked discipline.

Canada have though, a raft of players who are hugely experienced at this level and they have more than enough ability to turn things around and get back into the top four in Houston.

Having come together for “centralisation” in recent weeks, they have also had much more time together and despite South Africa improving out of sight, they can feel confident that they are well good enough to top their pool, or at least secure a quarter-final Cup spot on day two. They have too much talent to stay down for long.

The tournament hosts are currently sitting in ninth spot in the rankings, after a mixed bag of performances in Dubai, but given the venue of this tournament, you would expect them to want to take a giant leap in Houston.

There has been one major step forward for USA since their last outing, and that is that 16 of its leading Sevens players have become fulltime athletes as part of the residency programme based in California, where their men’s pro players are also based. The programme in 2013 doubles the number of women’s players to receive funding and will give coach Ric Suggitt a much better shot at preparing his side given the ability now to practice in a much better training environment with better numbers.

This is though a tough looking pool for USA who have played second fiddle to Canada in recent years on the Sevens circuit and who will start as underdogs against South Africa. A win over their deadliest rivals though would put them in good stead as they will be too good for Argentina.

The biggest problem South Africa face in Houston is how they can possibly follow on from their astonishing performance in Dubai. Reaching the final has raised expectations to a unprecedented level in what has been without doubt the fastest improving women’s team in international rugby.

Coach Denver Wannies is fully aware of the challenge: “We were somewhat of a surprise package in Dubai and the reality is that other teams now know a lot more about us. Our approach will be to stick to the basics, refine our game plan and to gain as much experience as we can.”

There are only two changes to the squad, which is probably stronger than the one for Dubai as it sees the return of experienced front row Sinazo Nobele, who missed the opening round with a shoulder injury.

It will be a tough pool, but it would be a surprise if South Africa did not progress. Their games with Canada and USA will be tight – too tight to call – while the match with Argentina should provide the team with enough points to see them into the final stages even if they finish third. After that? Well, they were overlooked in Dubai –given the right draw they could go along way again.

Brazilian teams are now a familiar site of the women’s sevens circuit, but remarkably they are the only South American team to ever play outside the continent. That changes this weekend in Houston when the world gets its first look at what the rest of the continent has to offer.

Argentina are the number two team in South America. They have finished runners-up in four of the eight South American championships played to date (inevitably losing to Brazil on each occasion), and when they have failed to reach a final it has invariably been due to their being drawn against Brazil in the round before. They have also lost the occasional game to the likes of Columbia, Uruguay and Venezuela , but the Argentines would argue that these have tended to be pool games or third place play-offs (such as last year’s playoff against Uruguay) when squads were being rotated. When it comes to the crucial game, the Argentines perform. Houston, however, will be a different world.

To say that the team are excited by the prospect is something of an understatement. Hooker Carolina Ohaco, is a 24 year-old kinesiology student from Bahía Blanca, only began playing in 2010 but was selected for the national team within a year. Shortly after Christmas she called her coach about the next training camp – but he had rather more interesting news: “I started screaming and jumping. The first thing I did was call my mom, who was really frightened by my screams until she could understand what I was telling her!"

In truth there seems little likelihood that the Argentines will be competing for anything other than the bowl, at least this time - they have never beaten Brazil in any full-strength international, and Brazil’s results at this level have been poor. But, that is hardly the point. For Argentina, it will something more intangible than silverware. It will be the experience – and the unprecedented publicity that their participation is already generating – that will be the lasting legacy of their trip to Houston.