On day two of the first weekend of the women's Rugby World Cup there were wins for Italy, Wales and Canada. 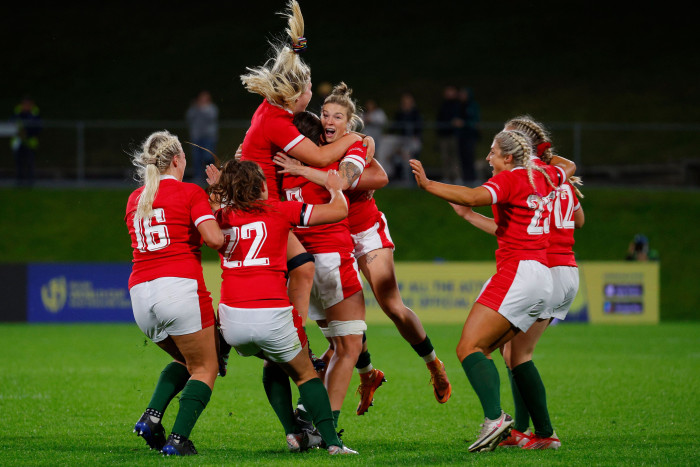 This was one of the hardest games to call in advance, despite the teams rarely meeting in the test arena.

Italy ranked fifth and the United States sixth on the world ranking list, it always likely felt like it would be close.

USA scored the opening try after only four minutes through Hallie Taufoou who crashed through tackles near the goal line after a pick and go.

The lead stayed till jus befoe half time when Vittoria Ostuni Minuzzi dotted down out wide for a 7-5 break at halftime.

Italy stretched the lead to 12-5 with a try to Aura Muzzo who was at the end of a lovely pass from Beatrice Rigono.

The U.S. rallied strongly and had a chance to level the scores with a try to Jenny Kronish after 57 minutes but the conversion missed.

Italy then made the game safe with Muzzo’s second try and another to Maria Magatti 10 minutes from the end.

Canada made all the running in the match, scoring the opening try through winger Paige Farries after only two minutes. Japan leveled the scores at 5-5 with a try in the sixth minute to Maki Takano.

From then on, Canada exerted almost total control with a perfect record at set pieces. Tuttosi scored her first try from a lineout drive in the 14th minute and her second from a more powerful drive in the 29th minute.

Scrumhalf Brianna Miller made a dashing break from broken play to score the first of her two first-half tries in the 25th minute.

“We're really glad we walked away with the win today.” Miller said. "I think today we had a bit of a challenge today in our discipline so we just have to fine-tune some things in our game plan and our discipline.

“We'll just enjoy today's win and concentrate on our next game in the next couple of days."

Tuttosi completed her hat-trick in the 50th minute.

Canada was captained by Sophie de Goede, whose mother and father also have captained Canada at a World Cup.

Keira Bevan kicked a penalty five minutes after the fulltime siren to give Wales a narrow win over Scotland in the closest match of the World Cup so far.

Megan Gaffney had scored the second of her two second-half tries in the 78th minute to draw Scotland level with Wales at 15-15 after they had trailed 15-5 at halftime.

But a Scotland error gave Bevin the last say in the match with a kick from close range and she nailed the penalty deep in extra time to spark a delirious celebration from her teammates.

Scotland was left to reflect on an opportunity that just got away. They haven't won against Wales in a Six Nations match since 2017, though all of their matches have been close. Wales won this year's contest 24-19.

"It's heartbreak," Scotland forward Rachel Malcolm said after the final whistle. "We got ourselves back into the game but not taking the points when we had them was critical."

Wales almost paid for indiscipline, having two players sin-binned in the second half but were saved by Bevin's late kick.

"It was pretty stressful," Bevan said. "I backed myself to kick it. I've been kicking for a few months now and I backed myself. It's a bit of redemption."