A cross-party group of MPs and Peers have condemned proposals for the Women’s Rugby Six Nations to be split into a two tier tournament. 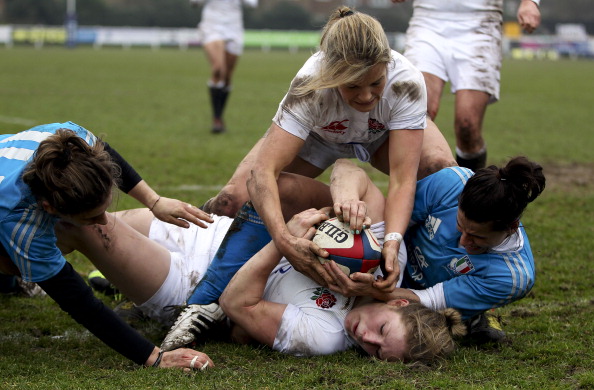 The All Party Parliamentary Group on Women’s Sport and Fitness, co-chaired by Baroness (Tanni) Grey-Thompson and Barbara Keeley MP, together with vice-chair Tracey Crouch MP and the Women’s Sport and Fitness Foundation Chief Executive, Sue Tibballs, have written to the CEOs of the English, Welsh, Scottish and Irish rugby unions asking them to reject the reported proposals at the meeting of the Six Nations Council on 10th April.

The letter states that downgrading the Six Nations would diminish opportunities for women playing rugby, and that reducing sporting opportunities will be harmful to the health and personal development of girls and young women.

The group are reacting to news which has emerged in recent weeks that the Scottish Rugby Union and the Welsh Rugby Union are pushing forward proposals to restruture the tournament, on both  a performance and a cost basis.  Both unions have issued statements this week declaring their commitment to the women's game, but neither have commented on their role in pushing forward such drastic changes to the only annual ring-fenced women's tournament at test level outside of the IRB run World Cup.

The women's 6 Nations committee have made the recommendation to the overall 6 Nations Council, who meet to discuss the issue on April 10, to split the tournament up but the former still have time to change this recommendation.

“The Six Nations is the biggest annual tournament in women’s rugby, and is much-loved by both fans and players.

“To downgrade the tournament would be a devastating blow both to the players and all of the young women who grow up dreaming of representing their country at a national level.

“At a time when the majority of women and girls do not do enough exercise to benefit their health, we should be inspiring them to take up more sporting activities, not limiting their options.”

Dear (CEOs of the England, Welsh, Scottish and Irish unions)

We have read with concern recent reports that the Six Nations Council will meet on the 10th April to consider proposals to disband the RBS Women’s Six Nations and create a new two-tier tournament.

The Women’s Six Nations has been successful over recent years in raising its media profile and the level of interest it garners from the public. As a concept, both the media and the public understand the Six Nations and we feel that any move away from the current tournament structure would damage the opportunity to continue to grow the media and public profile of the tournament.

This in turn, would damage its ability to act as a showcase for women’s rugby and reduce its ability to inspire girls and young women to take up the sport. Everyone who takes up a sport dreams of playing for their country in the biggest competitions, it would be a shame to diminish that opportunity for women playing rugby.

The fact that women and girls participate in sport far less than men and boys is an issue that we are working to publicise and overcome. Lower participation levels have many costs in relation to the health and the personal development of girls and young women. We are concerned by proposals that would downgrade a tournament which has the potential to become a major part of the women's sporting calendar.

While we understand the concern about ensuring every side in the tournament is competitive, we do not believe that restructuring, reducing investment and reducing the number of matches played is the solution. Playing fewer games would be damaging to both weaker and stronger teams. We would much rather see every team being supported and developed to ensure that the Women’s Six Nations continues to strengthen as a tournament which has the ability to excite fans, drive commercial partnerships and inspire participation.

We are writing to you (and the other home nation unions) to request that you ask your representatives on the Six Nations Council to reject the reported proposals which we believe would be a retrograde step for women’s rugby.