There was a dream return for the former Welsh captain Carys Phillips who scored three tries in the 29-19 win over South Africa. 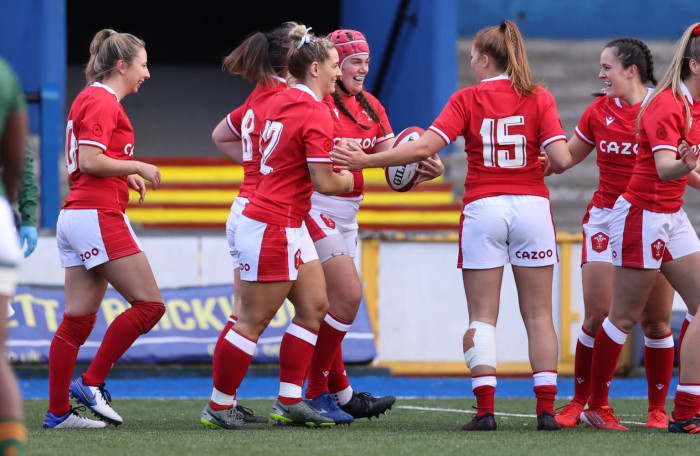 Wales started well with Bethan Lewis making an early line break and the opening try saw Phillips driven over from a powerful driving maul. Elinor Snowsill converted as Wales looked to have all the early momentum.

From another dominant set-piece, Ffion Lewis went over and Wales were 14-0.

Wales were dominating the scrum so much that loosehead prop Yonela Ngxingolo was substituted before half an hour was played and Wales went into haldtime 17-0 with another Snowsill penalty.

Wales’s third try arrived when Phillips was again driven over.

Snowsill’s kick hit the post and South Africa, who had had a poor first 50 minutes, then hit back when wing Nomawethu Mabenge powered over in the corner.

The conversion was successful and it looked like South Africa were finally getting in the game when Unam Tose was sin binned.

Player of the match Carys Phillips told BBC Two Wales: "To be fair, it's a hell of a feeling.

"It's been a long two years and to come back to that intensity was tough, but fair play to the girls they put in a hell of a shift.

"South Africa are a tough team and we got the win in the end, so happy days."