A week after winning the senior European 7s, Poland have retained their the U18 Trophy title, Europe's second level age group tournament . 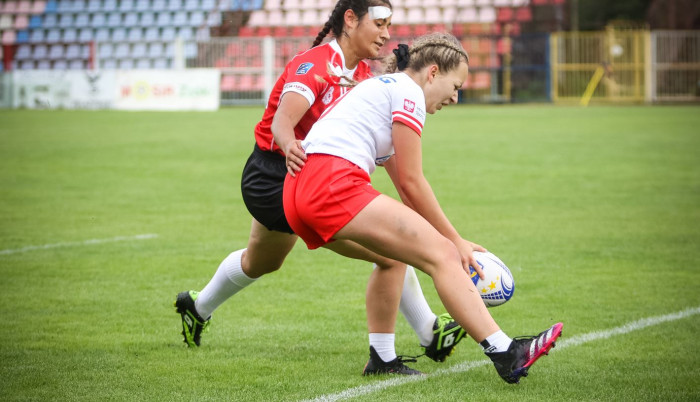 Poland have won a second European U18 7s Trophy .Playing at home again, this time in Zabki, Poland proved to be at a different level to all of their opponents.

Nine teams took part in the tournament, the third time a second-level Trophy tournament has been played, after the first in 2017 (won by Germany), and last year when Poland took the title ahead of Germany and Hungary.. All seven teams who took part last year returned, along with Andorra (who missed last year), and Romania (who were playing in the U18 7s for the first time) .

The teams were divided into three pools of three, and then redrawn into three new pools based on the first rounds results. Performances in the first two rounds were used to determine a final round of pool that would decide the tournament rankings.

Poland beat both Germany and Hungary easily in the championship pool, with Germany taking the runners-up spot with a narrow win against Hungary.