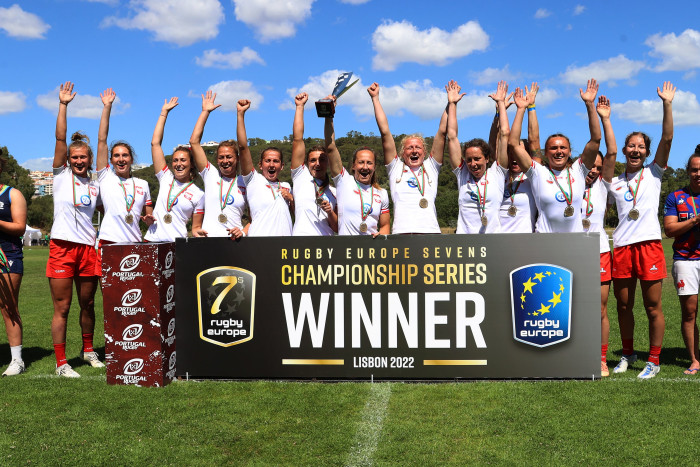 Since the first European Sevens in Lunel in 2003 only five nations had won a top-level tournament – England, Wales, France, Russia and Spain. Now there is a fifth as Poland came from behind to beat Scotland in this weekend’s final in Lisbon.

Poland’s win was the latest triumph in what has been an impressive year so far, following on from a win against Canada in their World Series guest appearance, and winning the Costa Blanca 7s in May. Prior to 2022 Poland’s only previous tournament win had been European Division 3 (now the European Conference) in 2011.

Their tournament began with a dramatic 28-24 win against France, coming from behind to tie the scores before a try from the final play

It is often claimed that World Series teams do not select their strongest team for European tournaments, but the French squad for this tournament was essentially the same team that finished fifth in the last World Series in Toulouse, and runners-up in the overall series.

With no knockout games, winners from the two five team pools would go straight into the final and once France were out of the way, the Poles brushed aside Czechia and Wales, and survived a late comeback by Belgium.

Pool B featured two World Series teams – but it was Scotland who came out on top. After pulling out of World Cup qualifying, Scotland have their sights set on the Commonwealth Games and looked a  good medal prospect with a 19-12 win against Ireland and a 14-14 draw with Spain. With Ireland beating Spain, the Scots made the final and Ireland the third-place play-off against France. Spain would play for fifth.

That fifth place was a tense battle against Czechia, with the Czechs coming out on top by 14-12. France took third with a comfortable 33-7 win against Ireland, before a dramatic final.

After falling behind early in the first half, Poland pulled back to lead 7-5 at half-time. The lead changed hands twice before, with a minute to go, Scotland scored to lead 15-12.  Their restart failed to go 10m giving Poland the initiative and from the frantic final play Julianna Schuster scored to give Poland the win.