It’s the only official cross-border championship in women’s rugby, and in its second year it has brought us arguably 2018’s biggest surprise result. 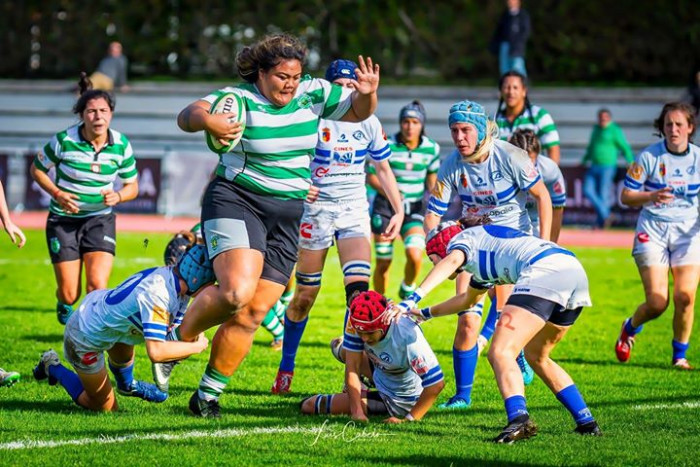 The Iberia Cup is a now annual challenge between the club champions of Spain and Portugal and in many ways it seems to be a slightly one sided event. It’s played as a fifteens match between the champions of Spain - a top ten test nation where the fifteens is the main code - and the champions of Portugal - a nation that has not played test rugby for over 20 years where sevens is the main code. Surely the Spanish would be massive favourites?

And so it proved last year when Spanish champions Olympico, from Madrid, took the title against Sporting from Lisbon.

This weekend the same teams played in the match which took place in Lisbon – and it was a very different story. A big Portuguese pack dominated their Spanish rivals, setting the base for a 26-8 win (video recording), with hooker Marques, prop Matau and flanker Saúde scoring three of the four tries, while Iera Echebarría scored the only Spanish try.

It’s a win that has already attracted TV and press coverage in Portugal, and raises the question again – how much longer do we have wait for before Portugal return to test rugby? If their top club team can beat the best in Spain, why could they not form a test team that could challenge the European Champions?