The Women’s Sevens World Series moves from winter to summer this weekend as – after the shortest ever break between tournaments – the Series moves into the southern hemisphere for the first time. 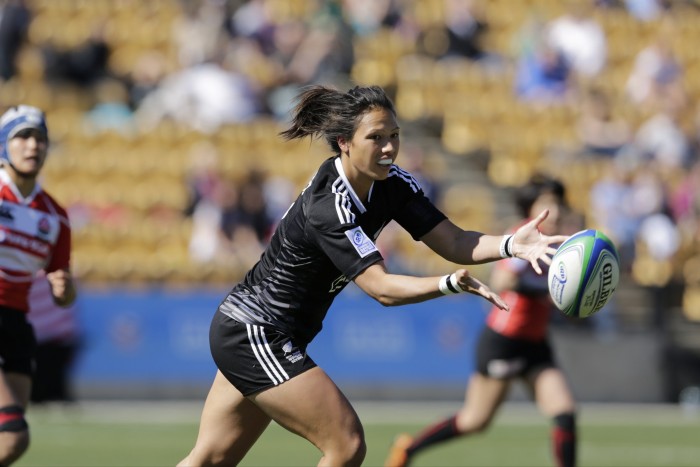 A mere five days after departing the unseasonal chill of snowy Atlanta, teams will see the mercury climb a full 30 degrees as the WSWS roadshow touches down in Sao Paulo, on the Atlantic coast some 200 miles west of Rio.

However, for those expecting perfect sevens weather, February is also the wettest month in Brazil’s largest city and heavy rain and thunder storms are currently forecast for the weekend.

With three teams tied in fifth place after two rounds of the current Series, the draw was less predictable and has resulted in some interesting and varied pools for Friday.

Pool A is, on paper, by far the toughest of the three. All four teams are Core teams, with New Zealand (1st in the series) taking on England (5th=), United States (5th=) and Ireland (12th).

In practice you have to have some sympathy for the young Irish team for whom this must represent the worst possible draw. That said, what they will gain from this will be experience and that may see them well placed for the Bowl tournament on Saturday (also see an excellent Irish Times article on IRFU plans for the team)

New Zealand – after their performance in Atlanta – will be favourites to win the pool, but who will finish second and automatically qualify for the last eight, and who will be left with the lottery that is third place is almost impossible to pick. Although England have a great overall record against the USA, the Americans impressive first win over England on Sunday means that this one is impossible to pick.

Pool B is, in contrast, statistically the weakest pool, bringing together Australia (2nd in the series), Russia (4th), Japan (9th) and Argentina (unranked).

It’s very hard to see beyond Australia and Russia taking the top two spots, though in what order will be interesting to see. It's clear that Russian coach Pavel Baronovsky rates the development of his team by their performances against teams like the Australians, who he sees as a tough challenge, but beatable – as Russia proved in Amsterdam last season.

Japan should take third, if they maintain their form from Atlanta, and could threaten a quarter-final place if they perform well – especially against Argentina. While Argentina are clearly South America’s number two team, they are significantly behind Brazil, which suggests that they may struggle in this pool, and will be targeting the Bowl.

Pool C Canada (3rd), Spain (5th), Brazil (8th) and the Netherlands (10th) is probably the most well balanced of the three pools, with some fascinating match-ups, and realistic chances of any of the teams making the last eight.

Spain and the Netherlands know each other extremely well, not least through several joint training camps over the past two years. Spain have almost always come out on top, but if the Dutch are to retain any Olympic ambitions then they know they must close the gap on the Spanish. Both teams could be carrying injuries from Atlanta into the tournament, making their meeting even more unpredictable.

Canada’s superb form from Atlanta should see them win the pool, though again it will not be plain sailing. On form the Dutch defensive efforts can frustrate the best teams, as England and New Zealand discovered last weekend, while Spain will be even more of a threat given any space. That said, Canada will be very confident of a quarter-final place given this draw.

Brazil will have the benefit, or huge pressure, of playing at home in front of a crowd with high expectations that has never seen them lose a match in any home sevens series (or rarely even concede a try, such is their dominance of South American rugby). It is unlikely that they will retain that record, but they will be tough opposition, especially with if the Sarda / Santini combination are on form. They only need one win to be in the running for a quarter final place, and the emotion and home support could be enough to get them there.