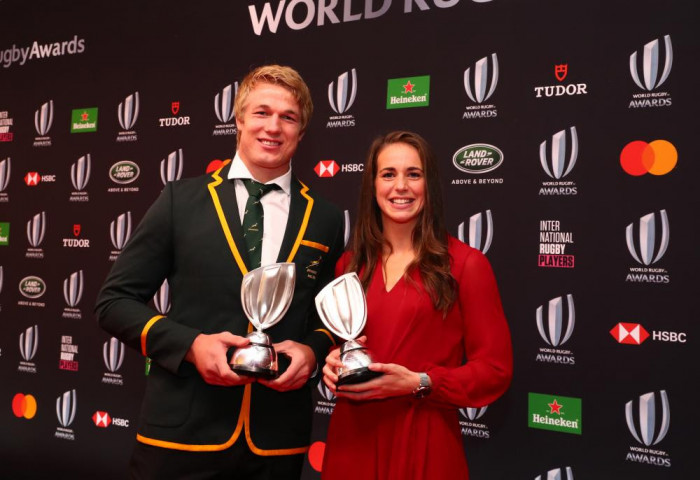 Scarratt is the first English player to win the award since her captain Sarah Hunter in 2016 and beat off four other nominees in England team-mates Sarah Bern and Katy Daley-Mclean, France scrum-half Pauline Bourdon and New Zealand scrum-half Kendra Cocksedge to the title.

She came back into 15s rugby in 2019, having been playing sevens since Rugby World Cup 2017, starting four matches in a Women’s Six Nations Grand Slam winning campaign, and scoring a try against Scotland. She was also dangerous in the Women’s Rugby Super Series, scoring four tries in her three starts and 43 points in total.

Scarratt said: "We don't chase after individual accolades and achievements in a team sport and I have been unbelievably lucky to play with and against some fantastic players over the years and it is pretty cool for sure.

"The quality of rugby in England and around the world is going through the roof. It is really exciting, I think the women’s game over the last few years has really pushed on and it is definitely down to us to showcase what we are about, put good quality rugby out there for people to see and hopefully New Zealand 2021 is going to be one hell of a spectacle."

Tui was named Sevens Player of the Year after another impressive year.  A powerful runner and tireless worker at the breakdown, the 27-year-old was named in the HSBC Dream Team for the 2019 series, having started every match and scored 15 tries in their title-winning season. She beat NZ teammates Sarah Hirini and Tyla Nathan-Wong to the award.