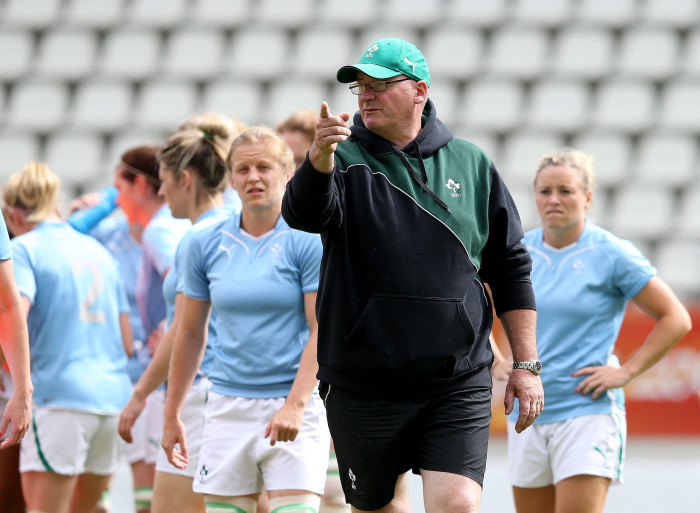 He first coached the Ireland Women’s National team in 2003 for three years. He returned as head coach in 2010 and led the team to its first Women’s Six Nations title, achieving a Grand Slam and Triple Crown in the process, in 2013.

Doyle also created history when Ireland Women defeated the NZ Black Ferns in the pool stages of the 2014 Women’s Rugby World Cup, becoming the first Irish international side to beat a New Zealand national team. They reached the semi-finals before finishing in fourth place.

His appointment will be fascinating given his strong experience in qualifying for World Cups - something Scotland are in the midst of attempting to achieve - and his knowledge of the women's Six Nations and understanding of the Irish setup.

He will also bring a wealth of ideas of how to achieve given limited resources.

Gemma Fay, Head of Women and Girls Rugby at Scottish Rugby, said, “I am delighted we have been able to secure a coach who has the experience and proven record of success in the women’s international game that Philip has.

“We are at an important moment in the Scotland Women squad development cycle as we prepare for the World Cup qualification process and I believe that Philip has the right experience to be able to take us through this period and compete for a place in the tournament.”

Since stepping down from the Ireland Women coaching team in 2014, Doyle has continued to be active in coaching and has had roles at Ulster and Blackrock College.

Doyle said, “I am very excited to take on this appointment and look forward to getting stuck in and getting to know the Scottish players.

“We don’t have long in real terms until the World Cup Qualification process begins but I am confident that with some hard work we will have sufficient time to develop further in working towards this objective.”

Technical Director at Scottish Rugby, Stephen Gemmell said, “Given where we are in the performance calendar it was important this group of players could be led and developed by a coach with international experience ahead of the qualification phase of the Rugby World Cup.

“We wanted someone with a proven track record at this level and Philip’s achievements made him the outstanding candidate.”

Doyle’s contract initially runs until the end of the qualification period for the 2021 Women’s Rugby World Cup when both parties will have an opportunity to review the role going forward.