The fourth Women’s Sevens World Cup takes place in Cape Town this weekend. In the first of our previews we look at the teams ranked 16th to 11th. 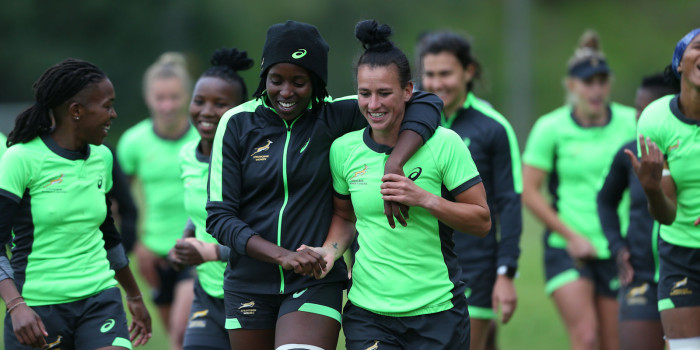 The Sevens World Cup has been one of the most important events in the development of women’s rugby worldwide, yet it remains somewhat in the shadows behind its better known sisters – the Olympics, the World Series and the fifteens World Cup.

Yet but for the first Sevens World Cup in 2009, at least two of those higher profile competitions might never have happened or at least not so soon.

It was that tournament which changed the minds of the IOC, encouraging them to welcome sevens at the Olympics, and it was the inclusion of women in the Olympics that was crucial to the formation of a women’s World Series.

Australia won in 2009, and New Zealand in 2013 and again four years in San Francisco where the happy accident of the collapse of a proposed two-centre World Cup forced the adoption of a pure knock-out tournament, in the place of the usual pool and play-off phases.

This created a whole new feel to the event – different to both the Olympics and the World Series - where every match mattered. No room for the slow starts and second chances you get in a three-match, three-team pool. This was cut-throat rugby. Win or you are out. Tough on the players, but exciting for spectators.

It is no surprise that the same model has been adopted for this year’s event, taking from Friday to Sunday in Cape Town.

All ten World Series teams have qualified, their draw seeding based on Series points won between 2019 and 2022:

The are joined by the hosts – South Africa – and five other teams who qualified through regional tournaments and a final world repecharge:

Inevitably this means that there will be high profile casualties on Day 1. With Spain drawn against England, and Ireland against Brazil, at least two World Series teams will be out of contention after the first round – a fate suffered by England and Fiji four years ago.

So how are the competing teams looking as the clock ticks down to Friday’s big kick-off?

Madagascar is perhaps rugby’s best kept secret. If you asked most rugby followers to name the six most fanatical rugby nations, it is unlikely that the African island nation would feature. Yet the capital city of 1.6 million has over 160 rugby clubs. It is the country’s biggest sport.

However, for one of Africa’s poorest nations, taking part in international rugby has always been a challenge. Madagascar’s women did not take the field until 2008, and did not play in any Rugby Africa tournaments until 2011. But especially in recent years they have become one of the strongest teams in Africa, reaching the final of this year’s African 7s where they only lost to South Africa by a single point.

Australia in the first round will obviously be a tough ask for the entirely amateur team, but expect them to show why they have eclipsed the likes of Kenya and Tunisia in recent years.

South America’s number two women’s rugby nation, behind only Brazil, Colombia are getting used to the big event. The only South American team to ever beat a full strength Brazil at sevens (in 2019), their fifteens team (mainly based around their sevens women) came within one match of being at the fifteens World Cup earlier this year, while their sevens team ended runners-up to Brazil in the South American Sevens this year and last.

They made the quarter-finals in the recent World Series qualifier from a tough pool that included Japan and Kazakhstan only last month, so will be raring to go for this event.

That said, New Zealand is not a team that anyone would want first up – the first time the teams will have met. Even with the Ferns tendency to start slowly, this will be a massive task for the Colombians.

South Africa finished 14th at the last Sevens World Cup, but there has been massive development in the game there since and knowing that this home event was on the horizon means that despite the disruption of Covid, there has been solid build-up.

Since returning to competition in the last few years, they have won the African Sevens title twice, beat Spain in the Toulouse round of the World Series and finished seventh at the Commonwealth Games which was impressive considering all their dual players were playing in the test series against Japan. Opening against France is a tough ask however and South Africa will be relying on the likes of Mathrin Simmers, who is playing in their third Sevens World Cup, to help them finish in the top half of the rankings.

Despite their disappointment at failing to qualify for the World Series, Poland go to Cape Town on the back of a spectacular season. Having beaten Canada on their Series debut in Malaga and won a maiden European Championship this year, they will be full of confidence facing USA in game one.

In the third tier of European 7s until 2011, and still playing taking part in “Emerging Nations Camps” until 2013, Poland have amazed at times this season and it will be exciting watching them with no pressure aim to cap off their brilliant year in wich they have recorded wins against three World Series teams - Canada, France and Spain – as well as China on their way to the final of the World Series Qualifier last month.

The United States will begin as favourites in their first round game, but if there is a “surprise” result on the opening day then it would perhaps be no surprise to see it here.

China have appeared at all three previous World Cups, but have never reached a quarter-final and were 12th in 2018. They have also been a World Series core team twice, most recently in 2018/19, but on both occasions were relegated again after a single season.

Asian rugby was also particularly badly hit by the pandemic, but despite this China performed well at the Olympics, ending seventh - the highest ranked non-World Series team, followed by the final of the Asian Sevens, and third place in last month’s World Series qualifier, where they impressed.

However, these are the only tournaments China has been able to play since 2020 and this lack of top level match practice that will not help them in their tie against Canada, a team they have only beaten once, and that 15 years ago.

Japan will return to the World Series this autumn, having won last month’s qualifier in Chile. They are also the Asian champions, having beaten China 14-12 in the final back in November.

While Japan have played more sevens than China since 2020, they have not had success against World Series opposition. They ended 12th and last in their home Olympics last year, and were also 11th when they were the invitational team at May’s Langford round of the World Series.

Japan have never beaten Fiji in 10 attempts, but the fixture could be interesting as Fiji remain frustratingly inconsistent.