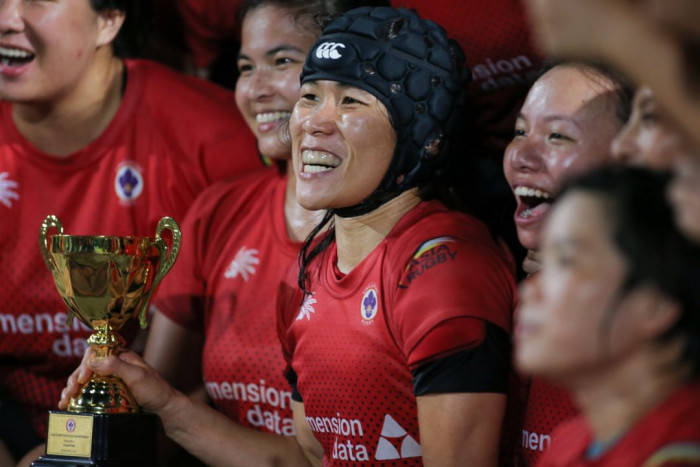 (Report: Asia Rugby) With both sides having beaten India earlier in the tournament, this was a winner-takes-all clash at Queenstown Stadium.

The hosts went into the match as the slight favourites due to their higher World Rugby ranking and, despite a close opening 25 minutes, took a 7-0 lead into half-time.

Singapore extended their lead to 19-0 with two more tries in the second half, which proved costly for the Philippines.

The lady Volcanoes did have a glimmer of hope, however coming back into the match with two tries to bring the scores to 19-10, but with both conversions missed and time running out, they were unable to overturn the early deficit.

Singapore held on to the win to take the title, before celebrating their win with their opponents at the end of the match in a wonderful show of character between the two Asian sides.

After the match captain Lee Tian Yi said: “The Philippines put on a good fight, so we really had to empty our tank right until the end. It wasn’t easy for us. We had to keep going, it was mentally and physically challenging but we did it.

“Today we got the cup with the support of our coaches, and everyone put in the effort. If we want to move to the next level we need more international games, more funding, more sponsorship. To have more exposure with more international teams it will bring Singapore rugby to bigger heights.

“We are super elated to have won the championship today, everyone worked hard. We started from ground zero and it is absolutely fantastic to win it at home too.”