Three teams go into the third weekend unbeaten, but one record must fall. 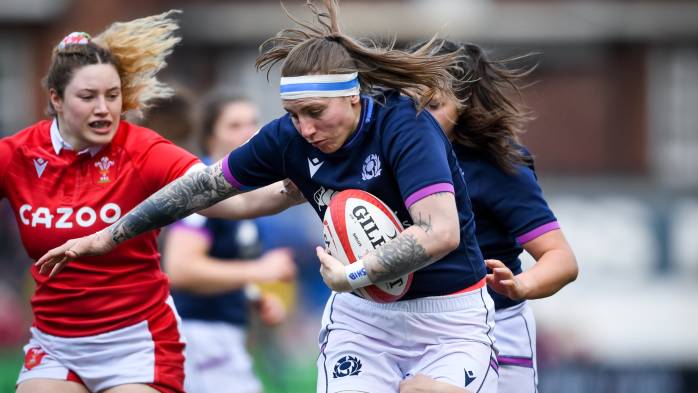 This game has broken records before kick off with the largest standalone crowd ever for a Six Nations game for England expected.  Wales are likely to experience something of a reality check this weekend after two plucky wins which masked the fact that they are a team still building and with lots of improvement to make. Ioan Cunningham is in a great spot as head coach of a side winning but with loads to work on, but Wales will have to be at their best to even live with England not to mind countenance beating them. Players like Hannah Jones, Sioned Harries and Alisha Butchers have been outstanding so far though and they will be pivotal at least to keeping the scoreline respectable. More changes are expected to an England team which was largely on cruise control last weekend, but had noticably eliminated the unforced errors that had plagued them against Scotland. They barely had to get out of third gear against Italy, depriving the Italians of any meaningful ball and much the same can be expected this weekend especially as they will revel playing in front of such a huge home crowd.

Such is their strength in depth, that Simon Middleton makes eight changes and his team still looks incredibly strong. The changes include a first start for Lucy Packer at scrum-half, while prolific winger Jess Breach also comes for her first Test appearance since May 2021. Gloucester native Mo Hunt makes the bench, having spoken this week of her desire to run out for England at Kingsholm. Sarah Hunter is back to captain the team.

After two tough wins, Wales make five changes. There is a new half-back pairing with Ffion Lewis starting with Robyn Wilkins, while prop Donna Rose scored two tries off the bench against Ireland starts at loosehead, while Sisilia Tuipulotu will make her first international start alongside Gloucester-Hartpury lock Gwen Crabb. Sioned Harries, starts at No.8 after star turns off the bench, while captain Siwan Lillicrap will move to blindside flanker.

England's number 1 ranking will not change regardless of the result, but Wales could climb to sixth if the beat England, dependent on results elsewhere.

It's not overstretching it to say that this is a vital game for the home team. There is a lot of leeway in Ireland for the team's results and performances so far, with recognition that the Irish are at the start of a new era with a relatively new team and coaching staff. That said, the performances so far have been disappointing, with Ireland repeatedly conceding penalties, struggling at the set piece and against France, making rafts of unforced errors. These are the mistakes of an inexperienced team certainly but also the hallmark of a side which has lost serious leadership over the past year - strip any team of players like Ciara Griffin, Claire Molloy and Lindsay Peat and vital voices in the dressing room are gone. In front of what should be a big crowd in Cork, Ireland will be desperate to win, knowing that they are facing a strong Scotland team without most of their backline in the final round a few weeks later. Italy are dangerous because their tournament starts now. They were never expected to beat France or England and with their two toughest matches out the way, they are match hardened and looking at climbing the table. Key battles this weekend include in the midfield where Italy's backs have been dangerous and where Eve Higgins and Stacey Flood have been bright spots for the Irish.

The winner of the game will also end as the higher ranked team in the World Rankings, with an Italian win pushing them into potentially sixth place above the USA.

Italy’s two most experienced players return to the starting line-up for their trip to Ireland, with Manuela Furlan and Sara Barattin both selected while Ireland make four changes including a start for highly rated winger Beibhinn Parsons.

After two comfortable wins at home, France are away for the first time in this championship in a game that will test whether the great demon of French rugby - inconsistency away from home - has finally been slain. For years this has been a stereotype of French rugby, but also a very accurate one that has cost them championships. And there could not be a better place to come to test whether they have finally overcome it, as Scotland was the venue of their most recent stumble on a foreign field when a lackadaisical performance resulted in coming away with only a 13-13 just two years ago. France not only need to win, but win in a style that reflects their relative ranking compared to the Scots if they are to stay on tracks with their Championship and World Cup ambitions. Scotland were bitterly disappointed to lose in Wales last week and will be hoping that they can match their 2020 heroics, by realistically whatever Scotland do the outcome is entirely in France's hands.

France's ranking would be unaffected by any result, but a win for Scotland could push them as high as eighth as long as Wales also lose to England.

France make nine changes in all - with an eye perhaps on the final game against England, the most notable of which is the start of Jessy Trémoulière at 10.