Only days after another European Championship Spanish women’s rugby is close to leaderless after the resignation or departure of key coaching and administrative staff. 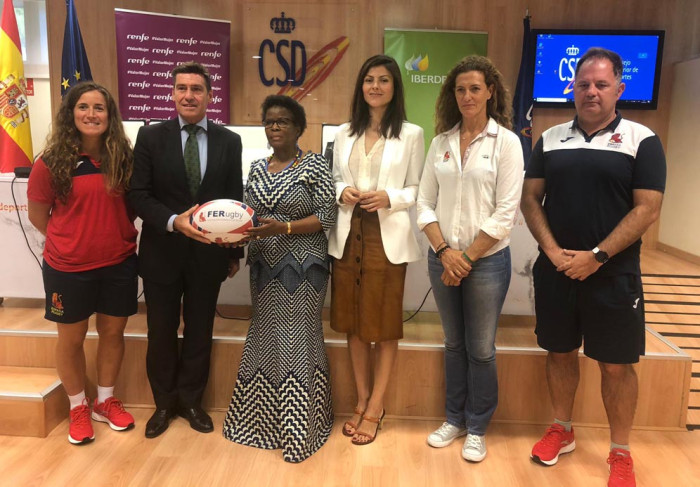 The key personnel in Spanish womens rugby last year, most of whom have now departed

We covered the departure of XVs national team coach Jose Barrio last month, but “Yunque’s” retirement has been just the most visible change at the top of women’s rugby in Spain.

The first to go was Ángela del Pan, the women’s High-Performance Manager at the Spanish Federation (the FER), whose contract was unexpectedly not renewed.

The former Spanish international, who played in two XVs and two 7s World Cups, and received a World Rugby Executive Women's Leadership Scholarship, saw her role at the FER suddenly dropped at the end of December.

Barrio was next to go, his departure originally profiled as being a simple case of retirement after one of women’s rugby longest international coaching career. However Spanish rugby website Revista22 suggests there is more to it, with Barrio losing patience with FER president Alfonso Feijoo following a lack of response to his plan for the future of the women’s game. They quote him as saying:

“This change is necessary in terms of structure and ways of doing things. I hope that my departure triggers the start of everything. What I couldn't do is go on doing nothing. I am not comfortable. I don't know if I've done things right or not, but what I am not going to be is an accomplice to something that we are seeing coming, which is the danger of losing the status of being in the world Top-10 that we have achieved in recent years. Feijoo must decide what he wants to do with the project”.

However, what did happen next was the resignation of Mariola Rus, vice president in charge of women’s rugby at the FER, just before the federation is due to make a major presentation to its key sponsors about its new strategic plan.

These developments have been linked to the arrival of Argentinian Raúl 'Aspirina' Pérez as Rugby director and suggestions that he may push Spanish rugby to focus more on sevens.

With Spain not going to the XVs World Cup there is perhaps time to reassess the structure and direction of the game before WXV starts in next year, but the downgrading of XVs rugby in one of the world’s top ten nations would be a major blow to test rugby.