Hosts USA will play England and Canada will play the world's top ranked side New Zealand in the opening round of the Women's Super Series on Friday. France sit the first round out. 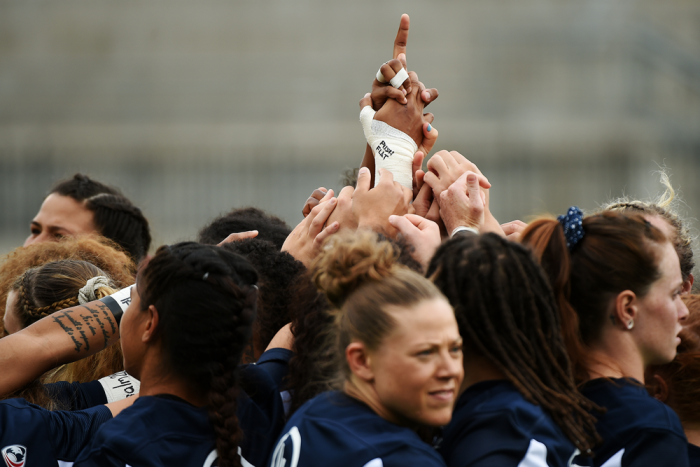 Led by Captain Kate Zackary, the US starting lineup could see six new players earn their first caps. Scrumhalf Ashlee Byrge, centre Eti Haungatau and fullback Bulou Mataitoga will all make their national team debuts as starters, while Charli Jacoby, Olivia Ortiz and Katana Howard have an opportunity to be capped off the bench.

The team also features the return of Hope Rogers at prop and Asinate Serevi at No. 8. Rogers plays her first test match since Rugby World Cup 2017, having worked to come back from injury. Serevi played her last test match in 2015, also taking time off to recover from injury and complete her studies.

Starting centre Alev Kelter and replacement Kris Thomas both move over to 15s after a historic season with the USA Women’s Sevens who recently won their first Gold medal in France. Kelter and Thomas played their last test matches in 15s at the World Cup.

The teams last met at the end of last year where the English ran in nine tries in an impressive 57-5 victory and the USA go into this on the back of a one point loss against the Barbarians.

Head coach Rob Cain said: “It’s been a great few days and weeks ahead of our first opportunity this Friday. We are all looking forward to the challenges that England will present to us. We know how dangerous they consistently are and proved again with their Six Nations success and being ranked 2nd in the world.”

“We have been consistently building, measuring and learning in the past 12 months.  The players are excited, the staff are all excited for the players and this is another step on the path towards where we want to be. What's exciting for me is knowing that as a group we are only just beginning to scratch the surface.”

For England centre Amber Reed will win her 50th cap as she starts at inside centre.

Scrum half Claudia Macdonald makes her first England start after four outings as a replacement, while Abbie Scott, who captained England for the first time against USA in November, will lead the side in the absence of regular skipper Sarah Hunter who is still going through return to play protocols following concussion.

“We’ve had a good acclimatisation period and we are happy that we managed to get the volume of rugby we had hoped under our belt going into this first game,” said head coach Simon Middleton.

“I think we’ll find, like all of the teams, performances should improve as you go through the tournament as both the individuals and the teams settle into a rhythm. For us there are quite a few new combinations and less experienced players in this team so we’ve got to understand it will not be the finished article. Having said that, we have a level of expectation against all of our performances and the players know exactly what is expected of them.

The 20-year old No 8 Pia Tapsell will make her test debut while Luka Connor, Karli Faneva and Arihiana Marino-Tauhinu have been named to make their debuts from the bench.

Carla Hohepa and prop Toka Natua will wear the black jersey for the first time since the World Cup Final.

Hohepa, 33, took time out to have a baby and coach Glenn Moore said the speedy Waikato mid-fielder/wing was back to her best form and eager to make her mark in the series.

"Carla is a very experienced player and we've always believed she is world class. She's worked hard to get back in great physical shape and shown some good signs in all the lead-up games. She's also part of our leadership group and is influential on and off the field."

"We've recovered well from our travel and have been preparing for this for months now. Everyone can't wait to get out there and play."