We look ahead to this weekend's game between the world's top two ranked sides as England prepare to host New Zealand in Exeter. 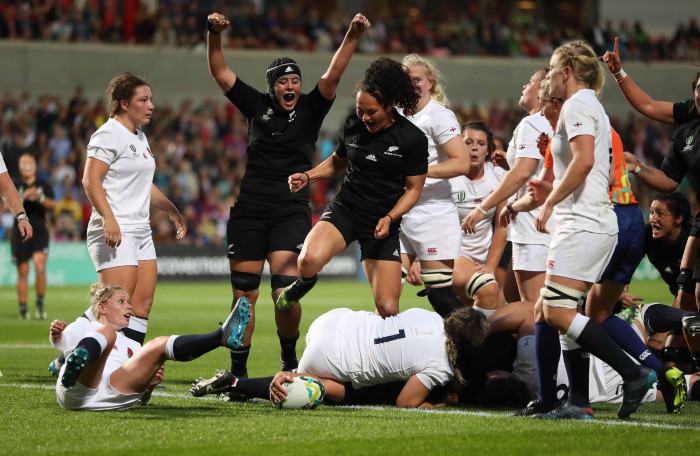 While much has been made of the impact of the loss of Emily Scarratt - a talismanic player for England for well over a decade now - England, on home soil, must be clear favourites, with New Zealand having not played a game for over two years.

England have managed 14 tests in that time, and it will surely take a New Zealand team, which includes several players getting to grips with the 15s game again after focusing totally on sevens in the leadup to the Olympics,  a couple of games of this Autumn tour to really settle into themselves.

Scarratt's regular slot in the centre has gone to another talented Olympian, Holly Aitchison as she makes her test debut alongside the experienced Amber Reed at inside centre.

Zoe Harrison starts at fly-half, with Claudia MacDonald at nine as Leanne Infante (nee Riley) continues to work her way back from injury while Sarah Bern is back in the front row after missing much of last season through injury.

New Zealand have picked a team with a four-test tour and a World Cup buildup in mind. There's no Portia Woodman or Kelly Brazier in the squad at all -  both still finding their 15s feet post Tokyo - and there are nine debuts in all in the matchday squad - four starting and five on the bench.

Captain Les Elder returns for her first match in the black jersey after the birth of her first child last year and is supported by vice captains and veterans Kendra Cocksedge and Eloise Blackwell. Cocksedge wins her 46th consecutive cap.

There are five potential debutants off the bench with teenagers Liana Mikaele-Tu’u and Patricia Maliepo, the Waikato pair of Grace Houpapa-Barrett and Ariana Bayler and Northland Captain Krystal Murray.

Head Coach Glenn Moore said there was a true sense of excitement within the team selected to take part in the 100th Test.

“There is already a bit of spark in the group given it’s our first Test in almost two and a half years, add to that the 100th milestone and it makes for a very special occasion.”

“There is a great rivalry between these two teams so I’m sure we can expect another great Test this weekend.

“We’ve had some really good talent coming through back in New Zealand and the players we have brought into our environment have really stepped up and I think those that debut this weekend will all make an impact on the game,”

“We’re really starting to see some of our youngsters mature into fine players and this autumn series is a great opportunity for them to stake a claim for the World Cup.

“Holly Aitchison is one such player. She has been playing extremely well at Saracens and has trained outstandingly since coming into the programme. Similarly it’s great to see the quality we have developing in key positions like the half backs. We have a raft of young scrum halves starting to surface and they will unquestionably challenge our current crop. It’s not only great but essential to see the quality we have surfacing at fly half with Zoe Harrison and Helena Rowland continuing to develop as fine players, decision makers and tactical leaders of the team.

“New Zealand haven’t played a lot of international rugby over the last couple of years and it’s great to have the world champions back on the international stage and especially great for us to be first up for their return. Matches at Sandy Park are always memorable occasions with the support of the local Devon public invaluable and this one will be no different.”

Meanwhile,  the two teams will participate in a head impact study using instrumented mouthguards to inform and advance injury-prevention initiatives in women’s rugby. The world’s top two ranked teams will wear Prevent Biometrics’ market-leading instrumented mouthguards during the matches between the two teams on 31 October and 7 November and during training sessions.