Ten years of unbroken achievement came to an end on Sunday. The pride of Catalonia - USA Perpignan – will, for the first time in a decade, be watching the French Championship play-offs from the sidelines. 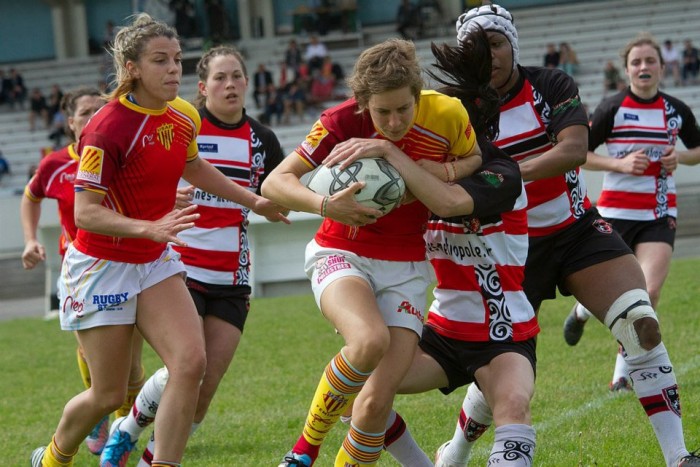 The Catalonians have played in eight finals and won six championships in that time – a period dominance in French domestic women’s rugby matched only by that of Toulouse in the 1970s, when the game was in its infancy.

But it all came to an end on Sunday. The loss of a several key players, mainly through retirement, was beginning to have a noticeable effect on USAP prior to the international break, but the team still looked favourites to at least make the final four. But since the return results had been dreadful – four defeats in five games – the only win being a narrow one-point victory at 11th placed Bordeaux. However, defeats have invariably been narrow - often last minute - affairs and a win at Rennes would still have been enough to keep Perpignan in the hunt.

Unfortunately for USAP this game too followed a now familiar pattern. Despite the handicap of a sixteen hour round-trip by coach, they played well, and could – perhaps should – have won, but instead it was Rennes who stole the game at the death, 20-16.

Despite this there remained a chink of light. Rivals Caen were hosting second-placed Lille this weekend, and would have to play third-placed Lons next – wins in either game was by no means guaranteed. However, Caen had other ideas. The club that missed out on the play-offs last season by the narrowest possible margin were in no mood to suffer the same agony again. Furthermore their form since March has been the very opposite of Perpignan’s – four wins in five – and on Sunday they knew that if they could make it five in six then a playoff place could be theirs.

Despite Lille taking advantage of the fact that they have already qualified by giving opportunities to the wider squad, it was a close game – but in the end Caen came out winners by 22-15, so they are not now only in the semi-finals, but could yet steal third place, and thus avoid Montpellier.

This matters because – while Caen’s form in the last two months has been good – Top 10 leaders Montpellier have been awesome. Five straight wins became six on Sunday with yet another bonus point win, this time 35-17 away at Bobigny. In some ways it was even a disappointing performance for this in-form team as it was the first time they had conceded any points for over a month and it’s really hard to see past this team lifting their third title in June.

The fourth team in the play-offs will be current champions Lons who guaranteed that they will avoid the Montpellier juggernaut, in the semi-finals at least. They beat Sassenage 26-17 as Grenoble saw its last Top 10 rugby for at least a year. Sassenage – whose relegation was confirmed last week - again had their ability to score tries frustratingly countered by their inability to avoid conceding them, going down four tries to three (and 26-17). Remarkably, despite losing every game this season, they have scored 27 tries – more than two of the three teams above them – which should have kept their Top 10 position safe, if it had not been for the 74 they have conceded.

Finally St Orens recorded their fourth win in four games with a 22-20 win against Bordeaux. Unfortunately form in the early part of the season means that they are unlikely to finish much above seventh, but it does bode well for next season.

Elsewhere the play-offs for the Armelle Auclair (second division) took place, with predictable – if narrow – wins for La Valette and Romagnat, who will now meet in the final (date and venue to be confirmed) where the winner replaces Sassenage in the Top 10, and the runner-up plays-off against Bordeaux.