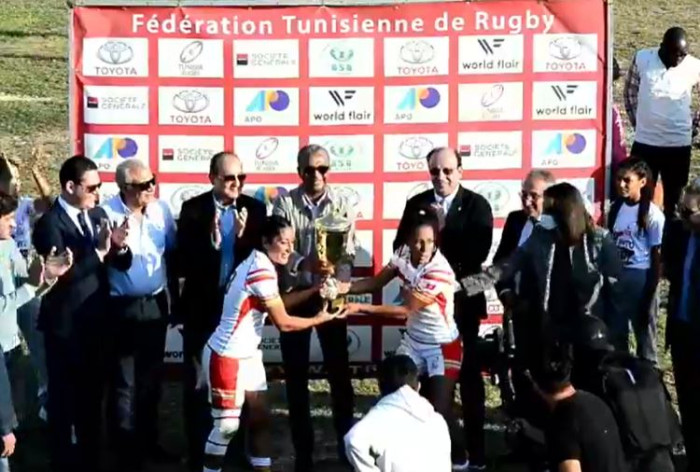 Tunisia were far too strong and experienced for their Ivorian opponents in the final test of the three game series played over the past week in Tunis.

Tunisia have been one of Africa’s leading sevens nations for some years, and successfully transferred much of that experience into their first official fifteens games. Faced with a much less experienced Ivorian team – moreover one with only 18 fit players after their first game against Senegal – Tunisia were rarely under any significant pressure.

The larger Ivorians might have had an advantage with their forwards, but injuries resulted in uncontested scrums which Tunisia were able to use as a stable base for their attacks.

Almost all of the game took place at the Ivorian end, with a combination of lack of Tunisian 15s experience and some desperate and brave Ivorian defence keeping the score down. The first try came after seven minutes, and more tries followed at regular intervals – after 16, 26, 35 and 40 minutes, with a penalty after 32. Only one was converted, however, as in almost all cases the Ivorian defence held firm in the centre forcing Tunisia to score out wide.

The second half was a repeat of the first, with wave after wave of Tunisian attacks bearing down on the Ivorian line, resulting in another five tries and a final score of 61-0.