A first ever Under-18s Six Nations is being launched via a festival style event. 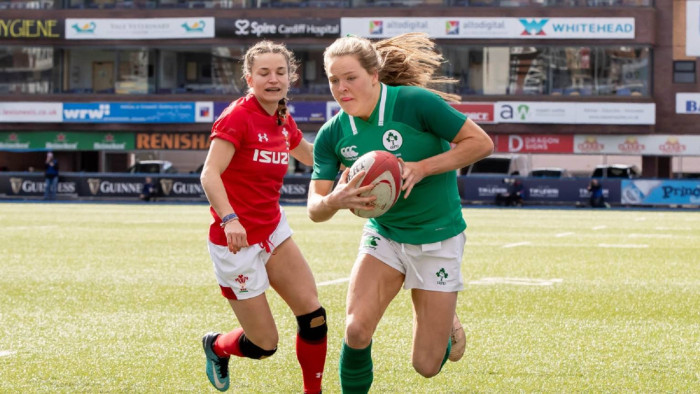 The inaugural Under-18 Women’s festival will be held at the DAM Heath Stadium, in Edinburgh, with events kicking off on the 9th April alongside the men's event.

The Six Nations says the arrival of the compeititon is a 'key step towards further development driven competitions such as an Under-20 Women’s competition.,

“This is a great development for our sport, and in particular the Women’s game.”, comments Julie Patterson, Director of Rugby, Six Nations.

“Six Nations Rugby and its unions and federations are committed and excited to put foundations in place, that can lead to the sustainable growth of our Women’s competitions, for the good of the game.

“We are at a watershed moment for Women’s rugby, a huge year for this area of the game, with all eyes on the Rugby World Cup, in New Zealand later this year, and the introduction of a Women’s Under-18 platform highlights the collective ambition to realise this incredible opportunity to motivate growth in the game.”

“It is hugely exciting to think, that we could see stars of the future emerge at the Under-18 level that go on to represent the unions and federations at the elite international level in years to come.”

While U18 sevens rugby has been a feature of the UK Schools Games in recent years, this festival is a welcome return for age group rugby at XVs. Apart from occasional games involving England's TDG (effectively U18) sqaud (against Canada in 2008 and 2016, and Scotland in 2019) it is over a decade since age group rugby below U20 level has been a feature on the calendar.

The tournament will see the first age groups teams of any age from Ireland and Italy, while France will field their first U18 squad having only played U20 games previously. Scotland's Futures squad played England's TDG squad in what was to all intents and purposes a U18 international in 2019, England winning 39-5 at Preston Grasshoppers, and their U18 team also played England in a "training game" a few weeks ago.