USA Rugby has advertised for a part-time head coach for its national women’s 7s team for 2010 as Sue Parker’s initial term comes to an end. Parker was initially appointed till the end of this year and USA Rugby are now advertising the position which is up for re-hire. 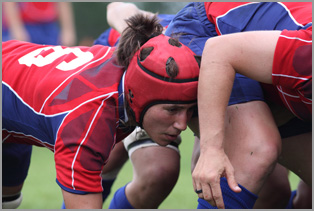 The job application says that the role is to identify and develop athletes, coaches and the national team for all upcoming elite camps, tournaments and test matches, and guide the direction of the squad.

The USA are one of the most proactive nations when it comes to womens 7s having launched a city-based womens sevens league earlier this year and having had solid 7s structures in place ever before the decision of the IOC recently to include womens rugby in the Olympics from 2016.

The national squad recently met up at the National Training Center in Clermont ahead of their participation at the Dubai International Sevens in December.