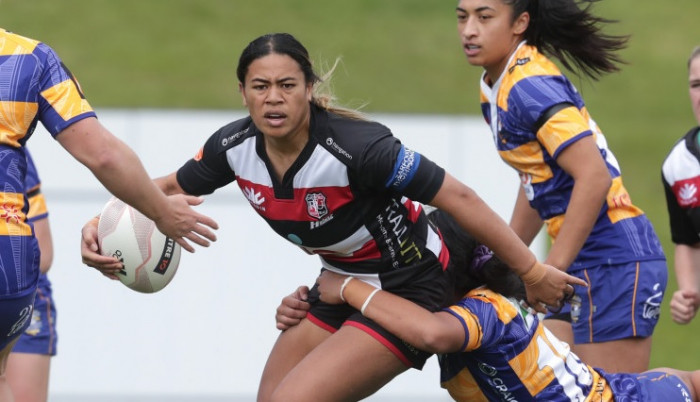 Waikato went five wins from five this weekend to become the first North Pool team to guarantee a spot in the last four of this year’s Dr Farah Palmer Cup, after Canterbury wrapped up the first South Pool spot last weekend.

With the South having a weekend off (as the pool has one fewer teams than the North) this was an abbreviated weekend, with only three North Pool games taking place. In addition it was start-of-day North Pool leaders Auckland’s turn to sit the weekend out.

Waikato reached the playoffs thanks to a 62-0 win over luckless basement team North Harbour, with Stacey Fluhler achieving a hat-trick and Makaia Rike-Te Kanawa scoring twice.

It was a win that pushed Auckland into second place, and with Waikato playing Auckland next weekend “Storm” can still be caught by both Counties Manukau and Northland.

Northland did their hopes no harm at all with a team-record 77-3 bonus point win over Taranaki that lifted them into third place, and also gave them a better points difference than Auckland even before next weekend’s games.

Portia Woodman scored six tries, not only breaking the record of most tries scored for the side, but also most points scored in a game. Her try haul beat the four tries scored by Tyler Nankiville against Counties Manukau two weeks ago, while her 30 points also surpassed the 20 Nankiville posted two weeks ago.

Counties Manukau also stayed in the hunt with a 17-10 win over Bay of Plenty but are currently behind both Auckland and Northland on points difference.

Next weekend Auckland have to finish their game with Waikato with at least one championship point. If they fail to do so, then Counties Manukau or Northland must record a bonus point win to reach the last four – and as they are playing Taranaki and Bay of Plenty respectively that seems very probable