The Women's Six Nations will be finished by mid-December with news today of confirmed weekends to play the outstanding six games. 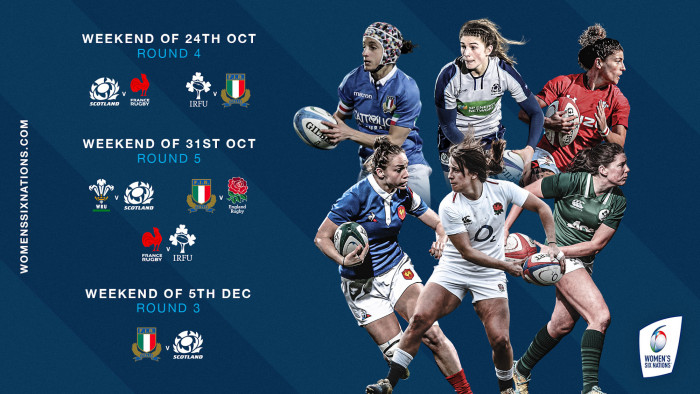 The following weekend, a full round of matches will take place with Wales hosting Scotland, Italy travelling to England and France bringing Ireland to Lille.

If England beat Italy in that round, they will be crowned champions with the Grand Slam, having won all their games so far and managing to end the curtailed event earlier this year with just one game left to play.

With England expected then to win the title, it also seems likely that they will take on France in Autumn Internationals in November, with two games pencilled in on 14th and 21st of November.

Venues and details about whether crowds can attend any of these games have not yet been confirmed - with the latter dependent on the ongoing work across the nations involved to contain Covid-19, though France have confirmed their game against Ireland will be in Lille as originally planned.

Like most sports, the women's game faces real headaches to get tournaments completed, particularly those which will impact on qualification for next year's World Cup.

The European Championships and the World Cup repechage have both been moved, with no dates set for their return with the latter likely to be particularly problematic, given the Asian Championships are not now being held till next year.

Weekend of 5th Dec: Round 3