A preview of Pool A of the Rugby World Cup Sevens which includes New Zealand, Canada, Netherlands and Tunisia 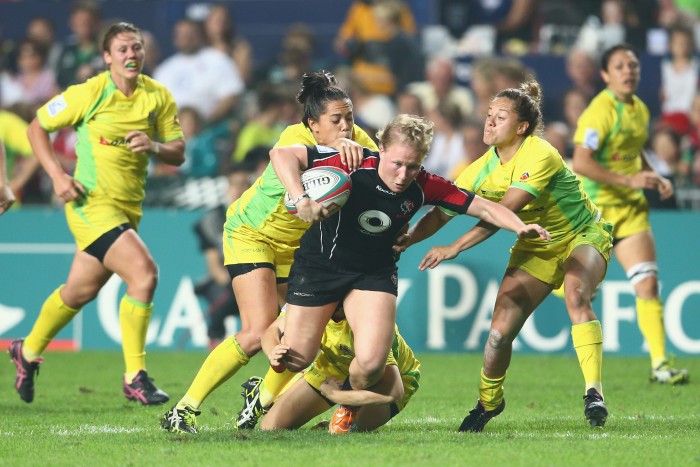 On paper New Zealand are the team to beat in Moscow, having gone through the first season of the Women’s Sevens World Series in excellent form.

Winning the series outright will be a definite confidence booster for Sean Horan’s side who have a strong balance in their squad with the power of players like Honey Hireme and Portia Woodman, complimented by the super finishing of players like Kayla McAlister.

But this is the toughest pool of all of the pools on Russia and if New Zealand are to come out on top they will be tested rigorously by Canada and also given a game by Netherlands. In many ways that is probably just what coach Horan is after as his side will be battle hardened for the knock out stages. Interestingly there is also perhaps a little less pressure on New Zealand than their biggest rivals England, given that they have been clear that they are building with a focus on 2016 and not simply the World Cup.

Following an excellent performance in Amsterdam in the last round of the World Series, Canada can rightly go to Moscow positive about their chances.

They are one of probably four sides who have realistic hopes of winning the tournament (though anything can happen in Sevens!) and if they topped this pool it would be a big boost ahead of the knockout stages. In Jen Kish and Mandy Marchak they hold two fantastic leaders with a huge amount of experience but they have a well-rounded squad and the return of Heather Moyse will be fascinating.

Undoubtedly their clash with New Zealand is the pick of the pool stages – though England and Russia will be well worth a watch too – and Canada should do enough regardless of that result to go through to the final stages of the main competition. There is pressure – Canada have been funded for well over a year now – but they have picked up valuable big game experience.

It’s been a tough year for the Dutch. They are one of the most adventurous and imaginative teams on the circuit, with peerless home support, and were organisers of arguably the best women’s tournament of the season so far. The first to establish a full-time professional squad, they were selected as one of the six Core Nations in the first year of the Women’s World Series - but the best finish they have achieved has been sixth (at Houston and Guangzhou), while at their home event in Amsterdam they failed to reach the quarter-finals.

Injuries to leading players hasn’t helped and that was a particular factor behind their poor performance in Amsterdam. Even more worrying has been a growing tendency for the Dutch to be outmuscled. Rising teams, lead by Russia, are playing a different game - much more based on power and impact than was the case even as recently as a year ago.

Retention of place amongst the Core Nations is dependent on making the quarter-finals. With three of this year’s core teams in this pool someone is going to miss out – and it is a huge challenge for the Dutch.

Tunisia’s performance in their one World Series appearance this season does not bode well for their chances in Moscow.

As North Africa’s leading team, they fully deserve their place in the tournament – as they showed when they finishing runners-up at the African Championship in April. However, their performances against teams from outside the continent show how quickly the leading nations from Europe, North America and Australasia are accelerating away from the rest.

In Guangzhou Tunisia lost every game, failing to score a single point in their five games. They also finished sixth, and last, in a tournament in Alicante in March, losing 31-0 to Germany, and even failed to make a significant impact at a low-key tournament in Paris last month, where most of their opponents were university teams.

Find out more about Tunsia here