We look ahead to the Women's Rugby World Cup Final, with defending champions England taking on the Black Ferns. 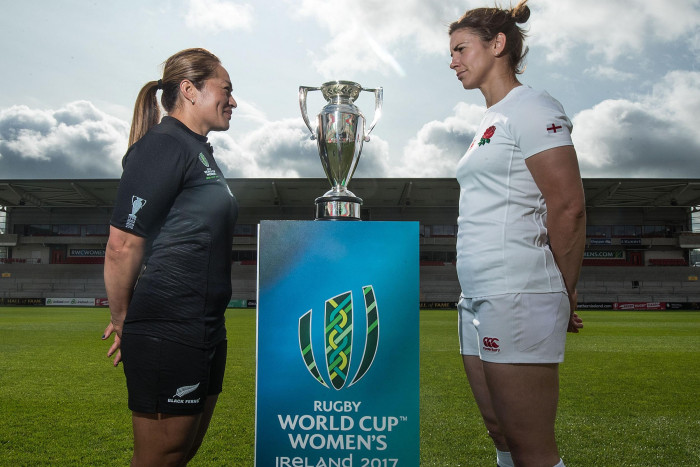 There are no surprises in the starting line-ups for the final, with both sides selecting remarkably similar teams to the sides who faced each other back in June in Rotorua.

On that night it was England’s pack which was the decisive factor in a World Cup morale-boosting 8-point win.

England’s line-out was outstanding in that game and once again it was their prowess in that area that helped to edge France in the semi-final a few days ago.

It will be key again tonight.

England’s driving maul is much admired and hugely difficult to defend, but Abbie Scott has been highly effective in the air (and surely is one of the reasons she has helped to keep Harriet Millar-Mills on the bench) and her disruption at key times on the French throw earlier this week was a reminder of how well this England team do their basics.

While there has been much talk of the brilliant finishing of Portia Woodman in the black shirt, it is surely up front where the fine margins of this game will be won or lost.

Sarah Bern has been a revelation for England in the front row, and the fitness of England’s tight five means they will fancy their ability to keep on running over the 80 minutes. Their time together in recent months as fulltime players has done more than just build cohesion, it has helped build an incredibly athletic pack - it is surely where they have the edge tonight.

There is no disguising the fact that Danielle Waterman is a big loss and shifting Emily Scarratt to fullback changes the dynamic of the England backline, though hardly detrimentally.

It is a huge ask for  20 year old Megan Jones to come in and start a World Cup Final at outside centre, but she has stood up to every challenge so far. Nonethless New Zealand will surely try and unsettle her early.

We know all about the burning desire in this New Zealand team to right the disappointments of three years ago and with Portia Woodman on the wing, they have the player of the tournament so far, ready to finish any opportunity in any amount of space.

You wonder though if their breezing through the games already will be an issue.

Bar the first half against the USA, this team has not been pushed hard.  It is never easy to adjust to pressure, and this is a World Cup final. It will be revealing when England have a dominant phase, just how quickly the Black Ferns adjust to back foot rugby.

While much has been made of Woodman’s brilliance,  Selica Winiata has been just as impressive, while Victoria Subritzky-Nafatali is a very different 10 to Katy Mclean opposite her, but is full of skill and power.

For all that England will fancy their forwards having the edge, New Zealand will be confident they can take all their opportunities, through their brilliant and clinical backs.

What a game we have in store.