World Cup qualifiers ready for the off

The European Qualification Tournament for the 2021 Rugby World Cup starts tomorrow with the winner securing their place in New Zealand next year. 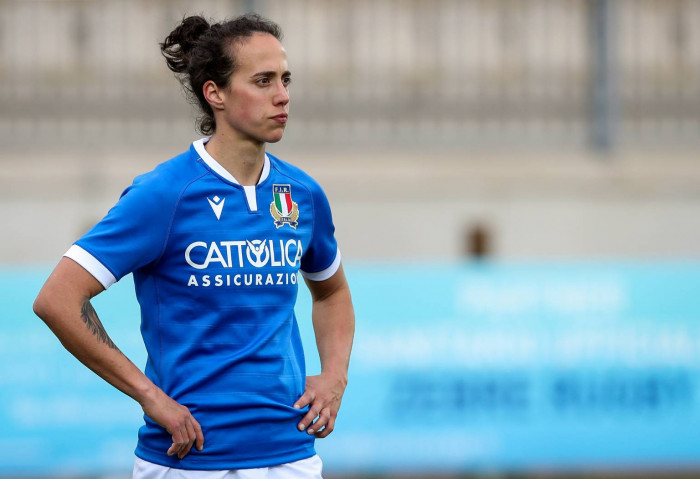 Italy is hosting round-robin tournament where Ireland, Scotland and Spain are also competing.

All four teams will play against each other once over the next three weeks, with the overall winner qualifying for next year’s World Cup as Europe 1 – taking their place in Pool B alongside Canada, USA and the Asia 1 qualifier.

The runners up will enter the Final Qualification Tournament alongside Colombia, Samoa and the runners-up in this year’s Asia Rugby Women’s Championship.

The winner of that tournament will then complete the line-up in Pool A, which already features defending champions and hosts New Zealand, Australia and Wales.

Italy are the top seeds in the qualifier overall and having won 12 of their last 13 games against Scotland, the home team will be favourites for the opener, though Scotland welcome back some experienced names.

Italy coach Andrea di Giandomenico has made two changes from their last outing against Ireland in April, both of them in the forward pack.

Gaia Maris will start at loose-head prop with Giada Franco coming in as blindside flanker. Hooker Vittoria Vecchini and prop Sara Seye could make their debuts off the bench, aged 19 and 21, while six members of the match-day 23 were part of Italy’s 2017 World Cup squad,

Scotland coach Bryan Easson has made five personnel and two positional changes to the starting line-up from their last outing against Wales in April, all bar one in the forwards.

The return of number eight Jade Konkel, who missed the lasy Six Nations after taking a break to focus on training to become a firefighter is massive for the Scots while their centre pairing of Lisa Thomson and Hannah Smith brings with them the massive experience of playing in the Olympics.

Scotland have not appeared at a World Cup since 2010.

“We worked well during training and we arrive prepared and aware of the challenge that awaits us,” said Di Giandomenico ahead of the event.

“Being able to play in Italy, in Parma in particular, certainly gives us an extra boost, but we know we have three tough matches ahead.

“The tournament will be very balanced considering the high quality level of the four teams involved. Reaching the World Cup is one of our goals and we will continue to do our best to do it.”

Remarkably this will be the first game between these two sides since Fiona Coghlan captained Ireland to a 41-7 victory in Amsterdam in May 2008 .

Spain coach José Antonio Barrio has made seven personnel and three positional changes to the starting line-up from their last outing against the Netherlands in February, with four in the pack and the rest in the backline. Spain’s starting line-up has 212 caps with Patricia García to play her 40th test as the most experienced member of the squad.

Ireland coach Adam Griggs has made one personnel change from their last outing against Italy in the Women’s Six Nations with Ireland Sevens captain Lucy Mulhall replacing Eve Higgins at outside centre to make her test debut.

Commenting ahead of the game, the Ireland Head Coach said: “We have been building towards this tournament for a number of months now, and the players have put in a huge volume of work to get to this point. The 23 selected have the honour of representing the wider group as we set out to achieve our goal of Rugby World Cup Qualification.

“Spain first up will provide a stern test and the group are fully focused on starting our campaign on the front foot. We are confident the combinations and cohesion built up through the Women’s Six Nations will stand us in good stead for the challenges ahead, and we’re now excited to get up and running on Monday evening.”

All games to be played at Stadio Sergio Lanfranchi, Parma