Sevens news from both sides of the Pacific this week, plus a return look at some of the national leagues we first visited a month ago. 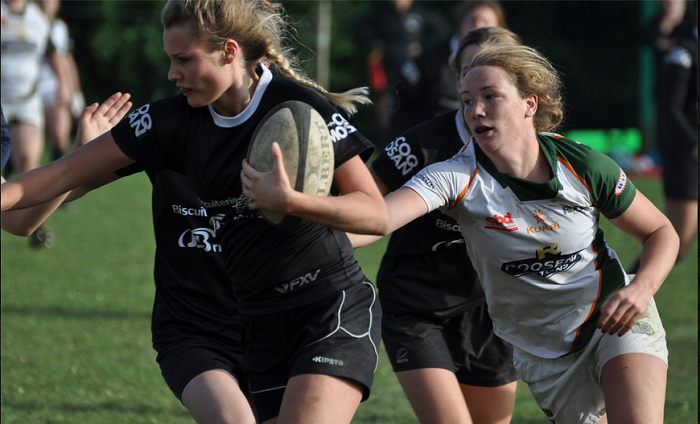 Sharni Williams will captain the team - which will play as "Aussie Pearls" - and will also include Emilee Cherry and Charlotte Caslick alongside World Series regulars Shannon Parry, Alicia Quirk, Emma Tonegato and Ellia Green.

Tim Walsh said: "I've been delighted with the way the squad has responded since returning to training at the end of June. It's been a long pre-season, but the players are fitter and stronger than ever before which bodes well for what is a huge year ahead. With the World Series calendar as it is, the girls don't have many opportunities to play in front of a home crowd so we are all excited at this competition. I see the Central Coast Sevens as a perfect opportunity to pit ourselves against quality opposition - the New Zealand side looks strong while we know what to expect from a tough Canadian outfit. That said, as always, we'll be paying due respect to our opposition in the pool stages and looking no further the Day One."

The USA's new sevens head coach, Jules McCoy, has brought together her first training squad this week for a four-day camp that will run until Friday.

Fifteen players from outside the current squad have been invited to join the camp, though within that group there are a number of former squad players, including Ryan Carlyle, Bianca Dalal, Deven Owsiany and Jessica Javelet. In addition McCoy, who replaced Ric Suggitt as head coach last month, will be familiar with several players, including Rachel Griendling, Ashley Perry, and Abby Vestal who played under McCoy with American Rugby Pro Training Center. Others, including Ashlee Byrge of Davenport University, Nicole Heavirland of Army West Point, and Naya Tapper of University of North Carolina, will be attempting to catch her eye.

Belgium’s eight-team Division One completed its fourth week last weekend with a titanic battle between the top two, unbeaten, teams.

Boitsfort travelled to Dendermonde with both teams having won their first three league games. Dendermonde Trailing went into break with a narrow 7-5 lead, but Boitsfort fought back to win the game 15-14. It’s a win that leaves Boitsfort on 19 points, three clear of the Gazelles of Dedermonde on 16, and two more ahead of Leuven in third place after their easy victory 43-0 against sixth-placed Gent.

In the middle of the table Soignies are climbing back into contention after their win in their “derby” game against the bottom club Coumères Frameries, who had to be content with just a defensive bonus in a 10-16 defeat. Also still awaiting their first win in seventh are Coq Mosan who drew 5-5 at home to fourth-placed Antwerp.

The first phase of the Dutch league ended last weekend, as the top teams in the “Ereklasse” will continue to compete for the national title next month.

Last year’s finalists RUS (based at the University of Utrecht) and AAC (from Amsterdam) topped their respective pools with some ease, both finishing unbeaten. AAC finished their qualification phase with an 82-0 win over third-placed RC Tilburg. Over their six games AAC have scored 428 points, including a massive 140-0 win over LRC Diok, while conceding just seven in their 38-7 win over Utrechtse two weeks ago. RUS have also averaged some 70 points per game, including a 72-3 win away to second-placed SRC Thor the week before last.

After five rounds, Caernarfon and Skewen are tied at the of the eight-team National League as the only unbeaten teams, having drawn with each other in the opening weekend. Both recorded impressive away wins last weekend, with Caernarvon coming away from sixth-placed Gwernyfed with a 43-0 win, while Skewen recorded an important 24-10 win at now third-placed Pontyclun – the first defeat suffered this season by the Rhondda team, knocking them off the top of table.

Although they lie top, thanks to a better points difference, so far Caernarfon have only played teams from the bottom half of the league, unlike Skewen. Over the next few weeks that will reverse so it will be interesting to see whether they will still be in pole position when we return to look at the Welsh league next month.

Fourth placed Llandaff North recorded the biggest win of the season so far last weekend with an 88-5 win against Barry, who currently lie seventh above Cardiff Met, though the student team’s bottom place may have more to do with their missing the opening three games of the season as these were scheduled before the start of term.