World Rugby has launched WXV, a three-tiered annual competition model that will start in 2023. 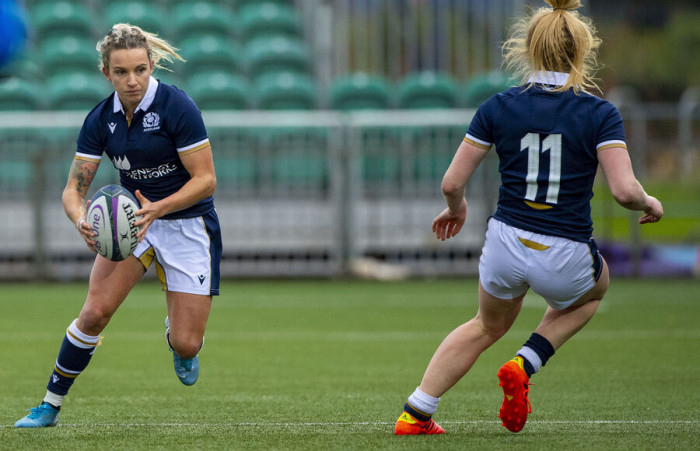 The competition was due to start next year, but the delay to the World Cup has pushed back its launch by a year.

There will be three competitions which will feature 16 teams and will be hosted in a new September-October global competition window, except in a World Cup year.

To support the implementation of the WXV competitions, a new annual cross-region competition will be established which will act as one of the principle qualification routes for the top tier of WXV. This will feature Australia, Canada, New Zealand and USA.

WXV 1 will consist of six teams and be played in a cross-pool format, at a standalone tournament in one location, which will be determined on a year-by-year basis. Participating teams will include the top three teams from the Women’s Six Nations (Europe) and the top three teams of the cross-regional tournament featuring Australia, Canada, New Zealand and USA (Oceania/Rugby Americas North (RAN)).

Each team will play three matches. There will be no promotion or relegation in the first cycle of WXV 1.

The WXV 2 competition will consist of six teams, playing in a cross-pool format, as a standalone tournament in one location, which will be determined on a year-by-year basis.

Participating teams for 2023 will include two teams from Europe, the fourth-placed team from the cross-regional tournament featuring Australia, Canada, New Zealand and USA(Oceania/RAN) alongside one team from Oceania, Asia and Africa.

The sixth-placed regional position in the WXV 2 competition at the end of each season will be relegated to WXV 3.

WXV 3 will be hosted in one venue as a round-robin format and will consist of four teams with the winner and rankings determined by a points table. Participating teams will include two teams from Europe, one team from Asia and the winner of an Africa v South America play-off.

The devil is in the detail, and a lot of detail still needs to be clarified.

This competition has been years in the making, and World Rugby have had to deal with massive imbalances across the global women's game and come up with a structure that could be agreed by everyone.

The positives are plentiful.

There is no unified global calendar in the men's game and through this announcement, World Rugby has managed to put a structure on the women's game that has been badly needed.

Three major international competitions in September and October every year will hand the women's game a significant window of focus and the announcement comes alongside a commitment from World Rugby to invest £6.4m for its first two years.

For certain teams - this is also a huge step up on what they have now.

Australia for example having a confirmed 6 test games a year is a vast improvement on their usual programme while commercial and broadcast packages may well be easier to sell.

But there is also some baked in unfairness to the structure proposed.

Using the Six Nations as a qualification system as if it were a regional championship, and not just a private closed competition, seems hard to justify. The same outcome could have been achieved by simply saying the "top three European teams in the World Rankings".

When we get to promotion and relegation between the three divisions the model is confusing.

There is no promotion or relegation between WXV 1 and 2 "in the first cycle" (two years) - and no commitment to introduce it in future cycles - but even if there was, how is promotion and relegation going to work if teams qualify annually?

For example, third place in the Women's Six Nations has been quite fluid in recent years and it is entirely possible to foresee a situation where a team is relegated from WXV2 but finishes third in the Six Nations in the following year. What happens then? We asked about this and seemingly the plan is that Europe will lose a place in WXV2.

There is a danger that over time the competition’s inter-regional balance could be upset - but that is inevitable. It is also probably the reason for the promotion ban for the top division. Three north vs three south is obviously a better sell to the media.

There are positives concerning the structure too.

The rankings now become very important for "non-league" nations, as the top team from outside the league will playoff against the bottom team in WXV3. Currently that place is held by Russia, but with Kazakhstan and Samoa are close behind.

The incentive for these two nations - and indeed all nations - to play more test matches will be obvious and the fact that every match counts is massive.