England beat Italy by a record margin 74-0 in Parma today (Sunday 3rd April), in a one-sided game against Italy. 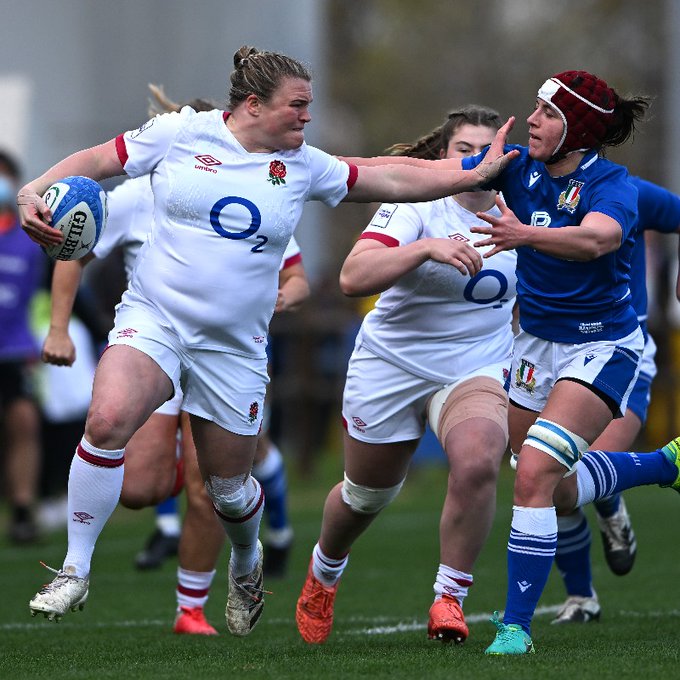 England scored twelve unanswered tries in a game against Italy, who broke into the England 22 during the entire game. In contrast over two-thirds of the game was played inside Italy’s half.

After their performance against France, Italy were expected to provide more if a threat to England. The last time the two sides had met in Parma in 2010 England had won 41-0, and – while an England win was never in doubt - a closer result seemed likely.

Instead, England nearly passed that score before half-time, going in five tries and 31-0 to the good, a significant score in itself as it took France the full 80 minutes to score five tries against the Italians last week.

England had also made a string on largely unforced handling errors in the opening week, but there was little sign of such things today. Italy put everything on the line to try to hold England out, but often had no answer – especially to the England forwards who were totally on top throughout, the English maul proving to be all-but unstoppable.

And so it continued. Sometimes the England forwards made room for the backs to score, as with Lydia Thompson after 15’, and sometimes they did it all themselves, as with Lark Davies (21’) and Shaunagh Brown (28').

Beatrice Rigoni made a couple of breaks into the England end, but these were snuffed out. With Alex Matthews adding a fifth try before the break England were in total control.

Lydia Thompson added her second soon after the break, then the England bench started to come on and kept the pace going. Sarah Bern scored within a minute of coming on, the prop outpacing the Italian defence to sprint nearly 50m to score. Emma Sing also came on to score her debut try, before Emily Scarratt came off the bench and scored with almost her first touch of the ball. McKenna and Thompson then rounded the game off with their hat-trick tries.