England U20s were victorious in the Tri-Nations Cup, defeating Canada 24-15 at Loughborough University. 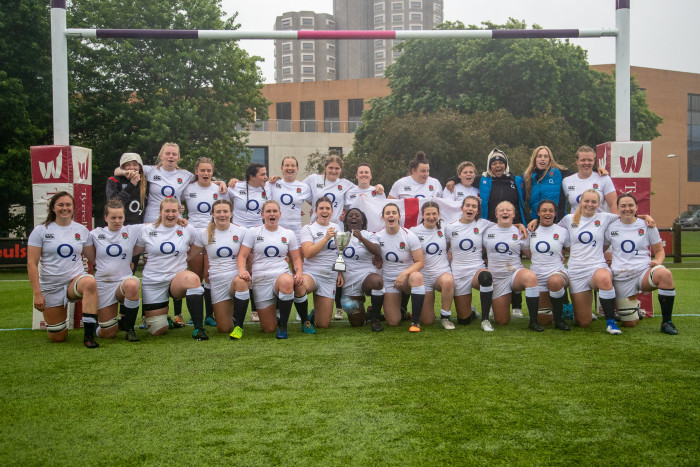 Canada themselves then led 15-7 through tries from Emma Feldinger, Lizzie Gibson as well as Shoshana Seumanutafa's penalty, however tries from Ebony Jefferies, Holly Cunningham and Jessica Thomas won the game for England.

The opening score came via Mallard, who burst through the pack of Canada to cross before relentless pressure after half-time saw Feldinger cross for the visitors.

Gibson scored a second Canada try with a Seumanutafa penalty giving them an eight-point lead.

Jefferies’ try and a Skuse conversion reduced that deficit to a point, while Cunningham finished a hard-fought and well worked try.

And late on Thomas sealed victory, touching down in the corner for a 24-15 win.

England coach Jo Yapp said: “Overall the tournament has been brilliant for the players' development. Being in this environment for over two weeks and being able to play two games and back up those two games is a really important part of their learning - you can see that in the way the girls have come together.

“In terms of this particular game, we knew Canada was going to be a tough encounter and that they are a strong and physical side. It was everything we expected it to be. We didn't make it easy for ourselves at times and made quite a lot of mistakes but what we're really proud of is the mental resilience that the team had.

"Even when we went down on the scoresheet, to come back and show belief we could turn it around is something we're very happy with.”