Italy recovered from last weeks loss against England to reach next weekend’s third place with a 41-20 win against Scotland. 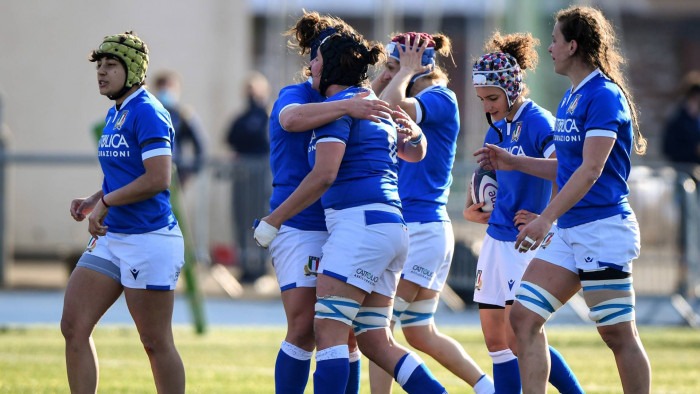 Expected to be a close game, Italy stamped their mark on the game early on with two tries in the first nine minutes from Beatrice Rigoni and Furlan to race into a 12-0 lead thanks to scores.

However, Scotland fought back with Lana Skeldon touching down from a maul, followed by a Helen Nelson penalty cut the deficit to just two points only for a third Italian try from Ilaria Arrighetti to send the visitors into halftime ahead by 19-10.

Scottish hopes were hit soon after the restart when Vittoria Ostuni Minuzzi spotted the lack of a guard at a ruck on the Scots try line to squeeze over and secure the bonus point for Italy. With Furlan getting her second try just before the hour-mark Italy had the game in the bag.

Rigoni completed her double and despite Emma Wassell’s late score, it was Furlan who had the final word to seal her hat-trick.

Italy will now host Ireland next weekend for third place, while Scotland will welcome Wales in a battle for fifth.