Canada turned in a brilliant second half performance in Cardiff to beat a Welsh side who had gone into halftime a player up and ahead on the scoreboard. 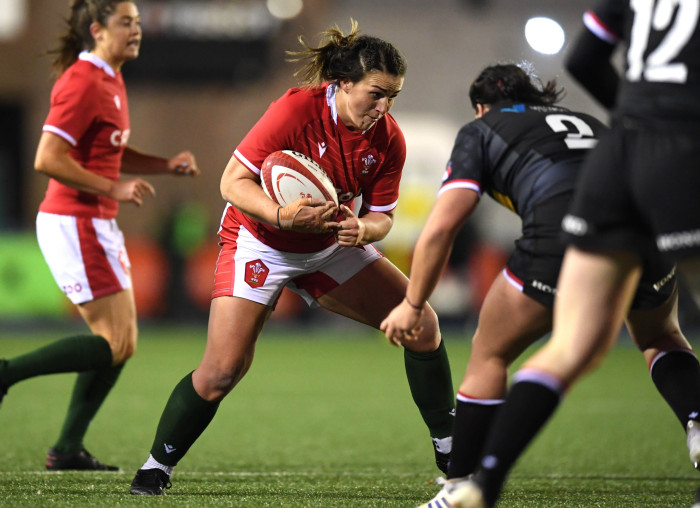 Wales started well, especially up front, where their set piece showed up well and their driving lineout was a real threat in the early exchanges.

Canada lost Tyson Beukeboom to the sin bin and a player up, Wales through the rejuvenated Carys Phillips, who has been brilliant since her return, dived over from a solid lineout.

Keira Bevan almost extended the lead with a brilliant break down the wing minutes later but she was stopped by some brilliant defending.

Things went from bad to worse for Canada a few minutes later when captain Olivia DeMarchant, who had been playing very well, was red-carded after a tackle on Bethan Lewis made shoulder to head contact.

Wales, for whom Hannah Jones and Alisha Butchers were in fine form, held the lead till halftime but Canada came out a much fired up side in the second half.

They dominated every facet over the next 40, throwing the ball around with abandon and scoring some excellent tries.

It forced Wales to condede a raft of penalties too as they struggled to contain a  fitter and more experienced team.

Courtney Holtkamp dived over and then Phillips saw yellow for not rolling away in the tackle and as Canada turned down a handful of shots at goal, the game started to open up as the visitors pleasingly ran everything.

DaLeaka Menin and  Ngalula Fuamba Ngalula scored again while Sabrina Poulin finished off a superb solo effort.  Pamphinette Buisa was so good for Canada off the bench that she was named player of the match and Canada issued a sharp reminder why they are ranked the third best side in the world, despite resting several players,

It still ended a successful Autumn for Wales and their new look coaching team after wins over Japan and South Africa while Canada are also building nicely towards the World Cup.