Australia women's head coach Dwayne Nestor has resigned alongside assistant coach Matt Tink after Rugby Australia were made aware the pair had used "unacceptable language" in an audio recording of the weekend's Super W final. 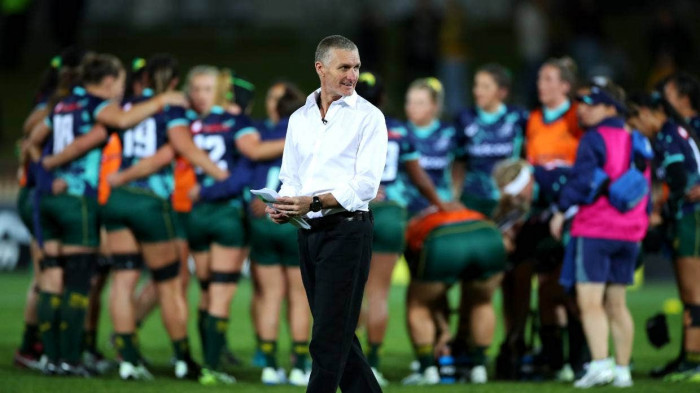 The coaches have resigned immediately and have left their jobs.

They were understood to have made commentary while watching footage of the games which was insulting and derogatory about players and officials.

Rugby Australia said in a statement on Sunday afternoon just hours after the Waratahs defeated the Reds in the Final, that the coaches had been overheard on a recording making comments when describing officials, refereeing decisions and general play that has been uploaded to the team's analysis portal.

"After we heard about the incident, we made swift and decisive action in standing down both individuals immediately, who have since resigned," Rugby Australia CEO Andy Marinos said on Saturday.

"As an organisation, we do not stand for such behaviour. We have a zero-tolerance approach, and it has no place in our game at any level.

"We will now begin our recruitment for these roles, in what is a very important year for our Wallaroos."

The Wallaroos are yet to play a Test match since 2019 with their planned Tests against Samoa set for early July suspended due to the current COVID outbreak in Sydney, while RA are yet to make any announcement on further Test scheduling later this year.