England lead but Ireland impress most 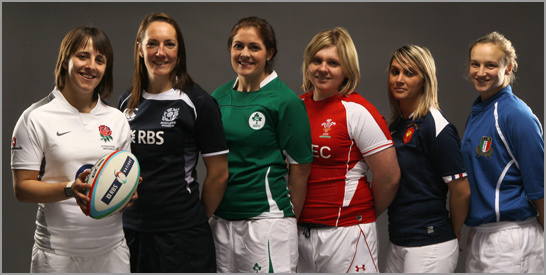 At this stage of the competition the table is pretty much as expected , with England looking down at the rest as they chase a sixth title in a row.

England have done everything expected of them this season and their triumph over France last weekend in an uninspiring but absorbing game, will surely be enough to take them on to another Grand Slam.

Though England are a class ahead of the chasing pack at the moment, it was good to see France play a full part in a game which was not short of commitment though the error rate was higher than either team would like.

France have gone this season from the sublime to the downright dogged and even though they currently lack the consistency demanded to challenge England once again for this title, there are signs they are on the right track. Backs like Elodie Poublan and Caroline Ladagnous have been among the best in the tournament so far and if the French had been a little bit more clinical when they had changes in Worcester at the weekend, there is no question they would have been in this game right to the final whistle.

With Italy next, France will be hoping to rack up a big score so that they can at least go into the final round with a chance still of winning the title, though even then they will need Ireland to do them a favour.

Ireland for me have been the most impressive team of the tournament. Having lost a number of key players including both their first and second choice scrum-halves and out-halves they have performed admirably.There are not many teams who would lose players in those vital positions, as well as many others, and still cope well on the international stage.

Winning well away in Italy was a great start and losing to France by two points is nothing to be down about when you are a team in transition. To then go away to Scotland and win convincingly again is a sign that Ireland have managed to unearth some surprising depth and credit is due to Philip Doyle for the battling spirit he has once again instilled in this side.

Niamh Kavanagh and Ger Rea look to be real finds in their back line and if Tania Rosser can get fit in time for any of the remaining games, Ireland have one of their sharpest attackers back. They may not have enough in the tank to beat England on the final day, but they have enough to make them work very hard, which at this stage in their development, is pretty good going.

Of the rest, Scotland and Wales are in the slow process of rebuilding. For Scotland the next year or two is about identifying the players who will be good enough to compete at the World Cup in four years. It is going to be a tough process for head coach Karen Findlay and there may be some tough results to come before they turn things around and start winning games against the better teams - but their squad is relatively young so the new head coach just needs to ensure her players stick with their programme.

Wales have been hit and miss, with a couple of good performances and a disappointing loss in Italy, meaning Kris de Scossa knows he still has plenty of work to do with his squad. He has not been afraid to blood new young players in the tournament so far, and even though that policy arguably cost his side the game against Italy, if he is developing greater depth, that doesn't matter too much this year.

Italy are to be applauded for winning a game just a week after leaking 11 tries and they have showed that at home, they are no pushover.