Wales and Spain began World Cup qualification year with a non-capped warm-up international at the National Centre of Excellence in Cardiff on Saturday afternoon (5th January). 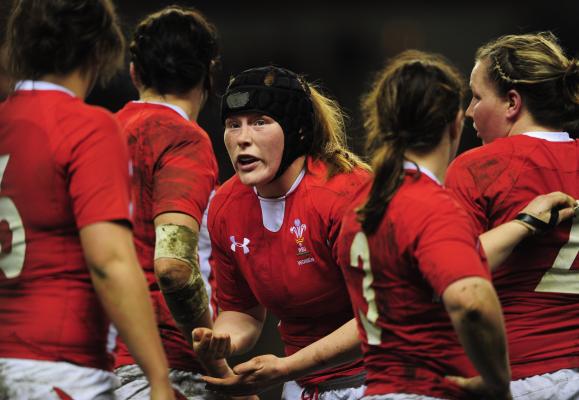 For Wales it was important preparation for this year’s Six Nations, and for Spain it was the second in a series of games readying them for Europe’s qualification tournament in April.

Wales coach Rhys Edwards took the opportunity to give props Megan York and Bethan Howell, and wing Rafique Taylor a chance to sample international rugby for the first time. Spain made three changes to the pack, after a disappointing test against Italy last month, and reorganised backline with Marina Bravo moving to fly-half, and Irene Schiavon switching to the wing.

The 7-0 result was a significant improvement in Spain’s performance. The pack in particular dominated most of the set-pieces, but the backs were unable to turn this into points. Wales’ backs, on the other hand, always looked dangerous and took advantage of an opportunity two minutes before the break, centre Elen Evans scoring after a quickly taken penalty caught out the Spanish defence. Elinor Snowsill converted.

In the second half Spain took the game to Wales. Spanish no 8 Ana Mari Aigneren particularly impressed her opponents, proved to be a constant threat from the back of the scrum, but an excellent Welsh defensive performance, led by flanker Catrina Nicholas, (returning after missing last year's Six Nations), ensured Spain were unable to breakthrough. At the end of the 80 minutes Wales took the honours by 7-0.

Elsewhere in the Welsh team back row Sioned Harries and Vicky Owens impressed in defence, while Rebecca de Filippo carved holes in the Spanish defence. Rhys Edwards was delighted to get the win. "We don't normally get the opportunity to play this sort of game at this time of the year. The fact that we were up 7-0 at halftime was a huge boost for us," he said.

"We didn't have much ball in the second half but the defensive patterns were excellent. The last 15 minutes we were under extreme pressure so to get a win is obviously going to boost confidence as we head towards the Six Nations."

Wales captain Gemma Hallett, added: "Our defence won us the game in the end. They threw everything at us but we were able to hold them out. Our lineouts were pretty good as well but there are one or two things we need to work on like the scrum. But we will re-group and go into the first game of the Six Nations against Ireland with plenty of confidence."